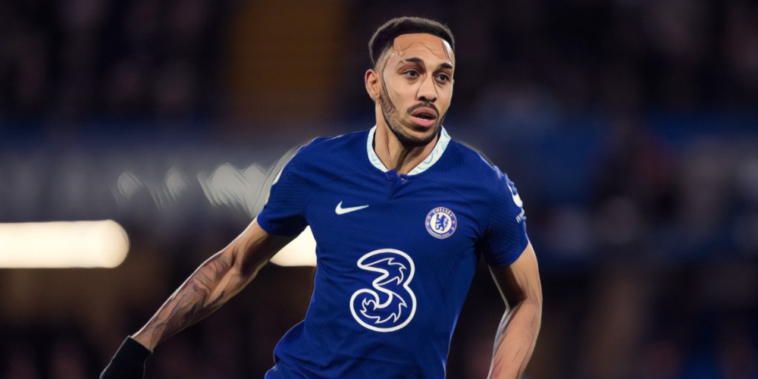 More than £2 billion was spent in the transfer market last summer, with Chelsea the biggest spenders and Nottingham Forest the most active Premier League side.

Not all summer signings have worked out as hoped however, and there’s a collection of recent recruits who might already be planning their exit.

Here are five summer signings who could leave their clubs in the January transfer window.

Chelsea made a move to sign the Gabon international, who despite a successful short spell at Barcelona had been ushered out following Robert Lewandowski’s move to the Camp Nou. Thomas Tuchel had worked with Aubemeyang at Borussia Dortmund and was keen on a reunion in west London, but it has not worked out as hoped following a period of change at Chelsea.

😯 Ben White (18) has had more touches in the opposition box than Pierre-Emerick Aubameyang (13) in the Premier League this season. pic.twitter.com/4wAE279yQ1

Tuchel was sacked in September amid growing tensions with the Blues’ board and Aubameyang’s fortunes have faltered since the arrival of Graham Potter as head coach.

The 33-year-old has scored just once in the Premier League this season and has not started a fixture in any competition since November. He was substituted after coming off the bench during the club’s defeat to Manchester City earlier this month and has been linked with leaving Stamford Bridge.

Barcelona are understood to be open to re-signing the forward, who scored 11 goals in 13 league starts for the club last summer. However, the Spanish side want a free transfer – just six months after selling Aubameyang to Chelsea in a deal worth around £10m.

Nottingham Forest’s remarkable recruitment drive dominated the headlines last summer, as the club marked their return to the Premier League with a summer splurge on new talent.

Forest spent around £152 million on 21 new additions, setting a record for new arrivals in one transfer window. The club’s ambitious spending included a deal for Emmanuel Dennis from Watford, in a transfer many viewed as a shrewd signing.

Dennis had impressed despite Watford’s relegation last season as Nigerian scored ten goals and laid on a further six assists in 33 appearances. Versatile, hard-working and with goal threat, he appeared a fine addition to Steve Cooper’s ranks but has proven a disappointment this season.

The 25-year-old has scored just one Premier League goal and has started only three league games for Forest, falling behind the likes of Brennan Johnson, Morgan Gibbs-White and Taiwo Awoniyi for a place in the side.

Given the interest from more established clubs in England’s top tier, his arrival had been considered a coup at the City Ground. It has not proven so to date and Dennis has been linked with a winter window exit.

Philippe Coutinho’s return to the Premier League has failed to reignite his career, after the midfielder signed for Aston Villa from Barcelona – initially on loan last January – before a permanent move in the summer.

Coutinho sparkled during his first appearances in a Villa shirt, but there has been a sharp drop-off in his levels since. This season he has failed to provide a single goal or assist in 16 appearances in the Premier League, of just which six have come from the start.

Steven Gerrard – influential in persuading Coutinho to the club – has been sacked and replaced with Unai Emery, who has not included the 30-year-old in his starting side for a league game to date.

Coutinho recently shut down reports he had asked to leave the club, but speculation continues to surround the future of a player signed for €20m (£17m) just six months ago.

“In the last few days I’ve seen a lot of news with my name but so far, okay, the problem is now that some lies have started and I’m here to clarify,” Coutinho said in an Instagram post.

“NEVER and at any moment had any kind of conversation of mine asking to leave the club, because I’m happy here and my family too.

“My only focus now that I’m recovered from the injury is to work at the maximum every day, to play in a high level and help the club and my team mates to achieve our goals.”

He has been linked with a return to Brazil, with Corinthians among the clubs reported to be considering an approach.

Spence had been instrumental in Forest’s promotion campaign and run to the FA Cup quarter-finals, before signing a long-term contract in north London after an initial fee of £12.5m was agreed.

The 22-year-old’s adventurous play from wing-back appeared a fine fit for Antonio Conte, though the Italian suggested that he had not been behind Spence’s signing.

“Spence is an investment of the club,” Conte said at the time. “The club wanted to do it. I said okay, this player is young but he showed he can become a good, important player for us. The club decided to buy him.”

Those words have proven ominous as Spence has been overlooked all season. The defender has not started a single fixture for Spurs in any competition and has featured for just 43 minutes across six substitute appearances. His lack of minutes has hindered his progress and a loan move looks sensible for all parties. West Ham, Wolves, Brentford and Southampton have been linked.

Kevin Mbabu is another full-back who has faced a challenging adaptation at a new club, with the Switzerland international struggling to make an impression at Fulham.

Mbabu appeared a solid signing for the Cottagers last summer, arriving in a £6.4m deal from Wolfsburg. However, the 27-year-old has made just two starts in all competitions and missed out on a place in Switzerland’s World Cup squad as a result.

He has featured for just ten minutes in the Premier League since a 4-1 defeat to former club Newcastle in early October – in which he was substituted at half-time.

Kenny Tete and Bobby De Cordova-Reid have been preferred at right-back this season and Mbabu could look to secure a swift exit after a difficult time in west London.

Manchester United have been linked with a shock move for the Swiss defender this month, as the Red Devils continue their cut-price efforts to add depth to the squad.