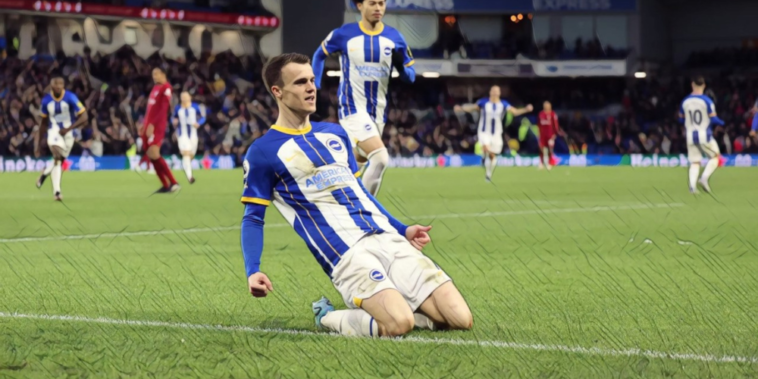 Sometimes it all just comes together for a talent and there are several stars producing the best football of their Premier League careers right now.

From unexpected purple patches around goal to top talents beginning to fulfil their potential, here are six Premier League players in the form of their life this season.

Has Marcus Rashford ever played better football than this?

Manchester United have found momentum under Erik ten Hag with a nine-game winning run in all competitions having increased optimism around Old Trafford. A return to the Champions League should now be an expectation for the Red Devils and Ten Hag deserves credit for his role in the club’s progress.

No player epitomises the improvement more than Rashford, who after a difficult 18 months has rediscovered his finest form. It’s now 16 goals in all competitions for Rashford, who has scored in seven consecutive games since the season’s restart.

Marcus Rashford is the first Man United player to score in seven consecutive games since Cristiano Ronaldo in 2008 🤝 pic.twitter.com/8duUhADDGn

Rashford impressed with three goals for England at the World Cup in Qatar and has returned to club action in a similar vein. He has averaged a goal or assist every 97 minutes for the Red Devils this season and on current form is among the most exciting talents in Europe.

Strong, sharp and, most crucially, confident, the pieces of the puzzle are beginning to come together for a talent who for some time had no defined role.

His best goalscoring season came in 2019/20 with 22 goals in all competitions, but – excluding penalties – Rashford is scoring more frequently per 90 minutes this season. His use of his physical attributes has been noticeable, breezing past defenders with pace and power when making incisive runs from his starting position on the left wing.

This appears a new version of Rashford, perhaps the best one we’ve seen to date.

Miguel Almiron has been one of the stories of the season so far, with the once-maligned midfielder a pivotal part of Newcastle’s chase for Champions League football.

Almiron arrived with high expectations as the most expensive sale in MLS history in 2019, but his three-and-a-half seasons at St James’ have been a mix of rare flashes and underwhelming end product.

The Paraguayan scored just one goal in 32 appearances last season and his lack of involvement saw Almiron become the butt of an unnecessary jibe from Jack Grealish during Manchester City’s title celebrations.

This season he has proven a revelation, silencing his doubters with an incredible run of form. Almiron has scored nine goals in the Premier League, one more than he managed in 110 appearances in the division before the current campaign.

Some absolute belters from Miguel Almirón over the past month! 🤩🇵🇾 pic.twitter.com/bzla98WapH

Almiron’s goals have come in both quantity and quality, compiling his own Goal of the Season competition. Married with an insatiable work-rate, it is a combination which has ensured the 28-year-old is a firm favourite on Tyneside.

His pace and decision-making in transitions has been a feature of Eddie Howe’s side this season, with Newcastle boasting multiple avenues to hurt teams. The variety in their strengths could just lead to a return to Europe’s elite.

Rewind to the summer and there were those doubting Aleksandar Mitrovic’s ability to do the business in the Premier League.

Mitrovic had – somewhat unfairly – come to embody Fulham’s yo-yo existence, a footballer too good for the second tier but one who often underwhelmed at the highest level. Even given a record-breaking return of 43 goals in 44 Championship games last season, the doubters labelling Mitrovic a flat-track bully were out in full force.

Mitrovic has proceeded to silence those sceptics with a fine start to the season. Fulham have exceeded all expectations to sit sixth in the Premier League table and their success has been spearheaded by the Serbian striker.

He netted a brace on the opening weekend against Liverpool as the forward bullied last season’s Champions League finalists, with the Reds one of several sides to have felt the force of the Fulham forward’s power.

The 28-year-old leads the Premier League for shots (66) and aerial duels won (74) this season, while a return of 11 goals is his joint-best return in the top division. Just three players – Erling Haaland, Harry Kane and Ivan Toney – have scored more goals than Mitrovic this season.

With half of the season still remaining and Fulham making an outside push for European football, expect that total to rise.

Martin Odegaard’s potential was evident from an early age as the midfielder made his debut for Strømsgodset aged 15, before a high-profile move to Real Madrid.

Odegaard failed to make a breakthrough with the Spanish giants, but has found his home in north London. Handed the captaincy at Arsenal under Mikel Arteta, he has led the club’s unexpected title challenge in a coming-of-age campaign.

No midfielder has scored more league goals this season than Odegaard, who has provided a touch of Scandinavian silk to an Arsenal side sitting eight points clear at the top of the division. The Gunners have enjoyed their best-ever start to a top-flight campaign and Odegaard has been the conductor of their challenge, operating in half-spaces between lines and fashioning chances.

Martin Odegaard is having an incredible season 👏 pic.twitter.com/RJjPLux1zz

He has 13 goal involvements in the Premier League this season, eight of which have come across his last seven league appearances. Such has been the impact, Rio Ferdinand this week stated his belief that Odegaard – and not Norway teammate Erling Haaland – should be the favourite to be crowned Player of the Year.

“I’d go as far as to say right now, he’s probably my player of the year,” Ferdinand told Vibe with Five.

“Haaland’s done what he’s done. He has been great, don’t get me wrong. If Haaland eases up with the goals and Arsenal win the league and Odegaard continues, he’s my player of the year.”

Dan Burn is a difficult presence to miss in the Newcastle side with the 6ft 7in defender an imposing figure in the division’s best defence.

Newcastle’s push for the top four has been built on a resolute rearguard, one which has kept the same number of clean sheets (11) as number of goals the club have conceded this season.

Eddie Howe deserves huge credit for his transformation of Newcastle after initial reservations over his ability to organise a defence. Clever recruitment and good coaching have led to Newcastle’s defensive improvement and Burn has been an almost ever-present in the side.

The towering North East native is perhaps not the most natural of left-backs, but has taken to the role with ease following Sven Botman’s arrival in the summer. His marauding runs and lunging tackles have been a feature of the Magpies’ performances and he scored his first goal of the season after a driving run against Leicester in the EFL Cup quarter-finals this month.

A fan favourite fulfilling his boyhood ambitions at St James’ Park, Burn has emerged as a composed leader of a side looking to upset the established order. His defensive work and ability to cover central areas has allowed Newcastle to use the most of Kieran Trippier’s forward threat in an asymmetrical full-back partnership.

Solly March has found the best form of his Premier League career in recent weeks, with the Brighton wideman having flourished under the management of new head coach Roberto De Zerbi.

The Seagulls have hit a fine run of performances as the Italian’s methods begin to bear fruit and March has been a driving force in Brighton’s upward trajectory. Having scored four goals in his first 156 top-flight appearances, the winger has netted four in the past four games.

He scored twice in the emphatic 3-0 win over Liverpool last weekend, extending his record to six goal involvements in four games. March was a menacing presence to the Reds at the Amex Stadium, as he provided four key passes and was involved in all three goals.

The endeavour of the Eastbourne native is now being matched with end product, in form which will alert Premier League rivals with March having entered the final 18 months of his deal on the South Coast. Brighton will be keen to tie him down to a new deal, for a footballer who has spent almost a decade in the club’s first team.

An under-appreciated component of the side for much of that time, the Seagulls star is now enjoying his moment in the limelight.