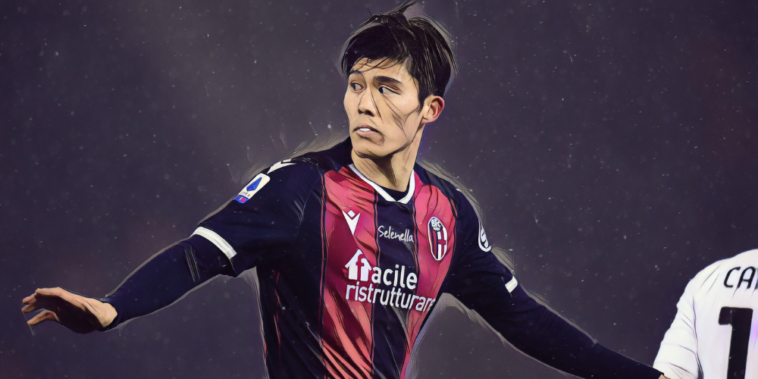 Arsenal have made a move to sign Bologna defender Takehiro Tomiyasu before the transfer deadline.

The north London side are amongst Europe’s highest-spending sides so far this summer but are continuing to work on new additions in the final hours of the window, with Tomiyasu emerging as a transfer target for Mikel Arteta.

The Japan international is comfortable at right-back or centrally and was linked with a move to Tottenham earlier in the window.

However, the club’s north London rivals have since moved on to alternative targets with Spurs closing in on a deal for Barcelona’s Emerson Royal.

The Athletic are reporting that discussions with Arsenal are now underway for Tomiyasu, though a move is dependent on outgoings with both Hector Bellerin and Ainsley Maitland-Niles keen on exits from the Emirates.

Maitland-Niles took to social media to implore for a departure from the club on Tuesday, amid an approach from Everton regarding a loan deal with option to buy, with the Mirror now reporting that he has been told he won’t be training with the first team.

Sead Kolasinac and Eddie Nketiah could also leave Arsenal in the final stages of the window, in what could prove a busy final day of activity for the Gunners.