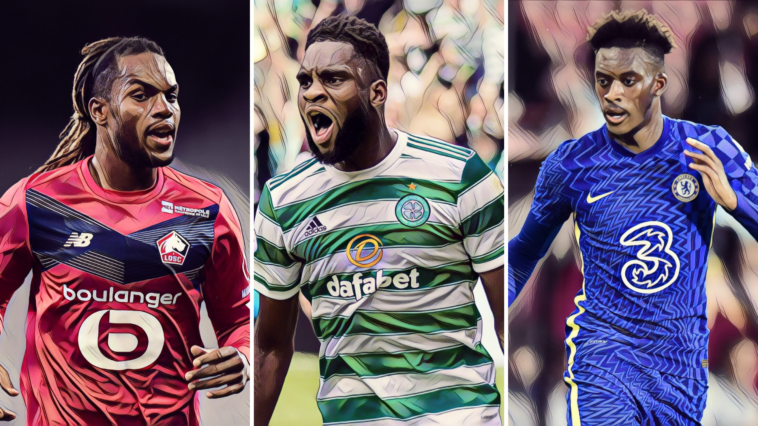 Transfer Deadline Day is almost one of the most eagerly anticipated days on the football calendar, as clubs frantically search to improve their squads in the closing stages of the window.

With just hours remaining of the window there are still several Premier League clubs scrambling to finalise their business and we’ve decided to look at the leading names who could be on the move.

Here are the key deals to watch out for on deadline day.

Crystal Palace’s search for a forward appears to have led to a move for Celtic’s Odsonne Edouard, with a deal in the region of £15m understood to be close.

Edouard has entered the final season of his deal with the Scottish side and has been routinely linked with the Premier League in recent campaigns, having scored 77 goals in 150 appearances since signing for Celtic on a permanent basis from PSG.

The 23-year-old is also the leading scorer in the history of the France u21 side, having netted a record-breaking 17 goals in just 14 appearances at international level.

Edouard will now be hoping to make an impact at Premier League level and will add to a new-look Crystal Palace, who will hope to be rejuvenated following an injection of youth this summer.

Callum Hudson-Odoi’s career at Chelsea has stalled in recent seasons, with the winger unable to secure guaranteed minutes at Stamford Bridge under Thomas Tuchel.

The German’s preference for a wing-back system has seen the 20-year-old used in the unfamiliar role on occasion and there are several sides looking to prise Hudson-Odoi from Chelsea on deadline day.

Borussia Dortmund are interested in a loan deal and have reportedly agreed personal terms with the player, whilst Leicester are said to be preparing a permanent bid for the three-cap England international, who needs regular game-time if he is to force his way back into Gareth Southgate’s plans.

All roads seemed to lead to Jesse Lingard returning to West Ham this summer, the midfielder having enjoyed a remarkable renaissance during a loan spell at the London Stadium last summer.

Lingard failed to make a single Premier League appearance for Manchester United last term, but a spell on loan at West Ham saw the midfielder score nine goals in just 16 appearances to earn an England recall.

That form, however, has seen the Red Devils raise his asking price to around £30m, a figure that has proven prohibitive for both the Hammers and other suitors, given the 28-year-old has entered the final season of his deal.

Ole Gunnar Solskjaer has said – publicly at least – that he is happy for Lingard to remain at Old Trafford, but with the likes of Cristiano Ronaldo, Jadon Sancho and Bruno Fernandes blocking his pathway to first-team football, a late move could suit all parties.

West Ham’s deadline day signing of Nikola Vlasic could however have ended Lingard’s hopes of a London return.

Wolves are hoping to utilise their Portuguese connection with the signing of Renato Sanches, the club having reportedly opened talks over a loan deal for the Lille midfielder.

Sanches has reignited his career with the French side and formed part of the side who won Ligue 1 last season, before enjoying an impressive Euro 2020 campaign with the national side.

The 24-year-old – linked with Liverpool during the summer – would represent a significant coup for a Wolves side still finding their feet under Bruno Lage, starting the season with three consecutive defeats.

Sanches is currently recovering from a knee problem expected to sideline him for a further month, but Wolves are said to remain keen to conclude a deal.

Ainsley-Maitland-Niles has made his feelings clear ahead of transfer deadline day, taking to social media to express his desire to leave Arsenal before the deadline.

Everton have expressed an interest in signing the 24-year-old on loan, with Maitland-Niles having told Arsenal he wants to leave for a club where he feels ‘wanted’.

The midfielder spent the second half of last season on loan at West Brom and has failed to break into Mikel Arteta’s plans at the Emirates, with his preference for a central midfield role having hindered his chances of regular football.

Maitland-Niles won five England caps after impressing in a wing-back position and it remains to be seen where his long-term future is, both from a club and positional aspect.

Another player who has emerged as a late transfer target for Everton, Rafael Benitez is understood to be keen on a reunion with Salomon Rondon on Merseyside.

Rondon starred under Benitez’s management during a loan spell at Newcastle during the 2018/19 season, scoring 11 goals to be named as the Magpies’ Player of the Season.

Rondon reunited with the Spaniard at Chinese Super League side Dalian Professional before a loan spell at CSKA Moscow last season, with Everton hopeful of securing a deal for the 31-year-old as they seek experienced cover and competition for Dominic Calvert-Lewin.

Moise Kean’s confirmed return to Juventus could provide the Toffees with room to manoeuvre late in the market.

Nuno Espirito Santo has targeted a reunion with Adama Traore at Tottenham this summer, with the north London side having expressed an interest in signing the explosive winger.

Spurs are believed to have had an initial loan approach with an option to buy rejected by Wolves, who are determined to keep the Spain international despite Traore being keen on a move to the capital.

Whether Wolves would sanction the sale of a key player so late in the window remains to be seen, reports having suggested it would take a bid in excess of £40m to prise Traore from Molineux.

Leicester are leading the chase to sign Ademola Lookman with the Foxes reportedly close to a deal for the winger, who impressed during a loan spell at Fulham despite the club’s relegation last season.

Talks continue between Leicester and RB Leipzig over a loan with an option to buy for the 23-year-old, who has made just 11 league appearances since signing for the Bundesliga side on a permanent deal from Everton.

Lookman’s pace and dribbling ability would add a new option to Leicester’s attacking contingent, with Brendan Rodgers having freed room on the club’s wage bill after agreeing a deal to loan Dennis Praet to Torino.

Hamza Choudhury could also leave with the 23-year-old being monitored by Newcastle.

Liverpool have been open to the sale of Divock Origi throughout the summer transfer window, the forward having failed to secure regular football after making just two Premier League starts last season.

Origi has entered the final season of his deal on Merseyside and the Reds are understood to only be considering permanent deals, though no suitable offers have been forthcoming for the Belgium international.

Jurgen Klopp’s squad lacks depth in attacking areas and Origi could be maintained with a mid-season Africa Cup of Nations set to deprive the club of Mohamed Salah and Sadio Mane for a period.

West Ham, Crystal Palace and Fiorentina have been linked, but whether any club makes an attractive offer for the cult hero remains to be seen.

Read Also – From Masterpieces to Monstrosities: The best and worst football statues