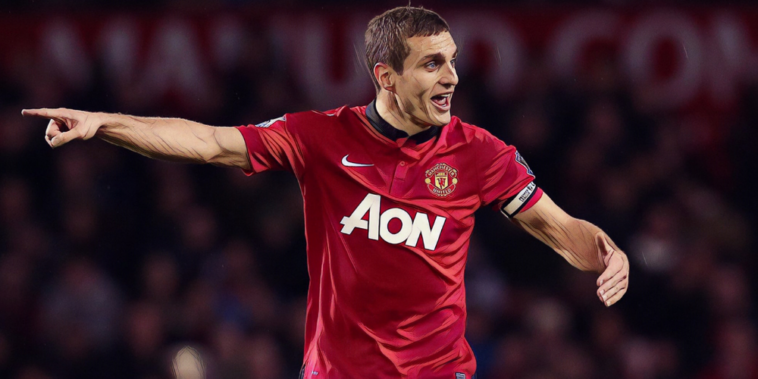 January is often viewed as a difficult window for Premier League clubs, but throughout its history we’ve seen some stellar deals finalised in the mid-season market.

The turn of the New Year means business is now open for Premier League clubs to strengthen their options and sides will be hoping to strike similar success to the notable names on this list.

With the winter window now open, we look back at the Premier League’s best ever January signings.

Manchester United secured the £7m signing of Nemanja Vidic from Spartak Moscow during the 2006 January transfer window, beating off competition from several sides across Europe to land the imposing centre-back.

Vidic proved an inspired signing for the Red Devils and formed the backbone of Sir Alex Ferguson’s great side of the late 2000s, cementing himself alongside Rio Ferdinand in one of the Premier League’s great centre-back partnerships.

The Serbian made 300 appearances for the club across eight-and-a-half seasons at Old Trafford, winning five Premier League titles and the Champions League amongst his major honours.

🥵A trophy every 20 games

🎶“He comes from Serbia…” pic.twitter.com/1bJj55egsz

Vidic was named as the Premier League’s Player of the Season during the club’s title wins in both 2008/09 and 2010/11, whilst he later captained the side during his latter seasons in English football.

A firm favourite of the Red Devils’ support, his willingness to throw his head where others feared putting their feet made him a hero on the Stretford End.

Iconic Duos: The Tank and The Rolls Royce, Vidic and Ferdinand

Patrice Evra arrived at Manchester United in the same window as Vidic, a defensive double deal that laid the foundations for a trophy-laden era at Old Trafford.

The full-back overcame the shaky start of a half-time substitution in a Manchester Derby defeat to establish himself as one of the finest defenders in the division, combining defensive tenacity with buccaneering forward threat.

When @Evra sent this rocket on a mission in Munich… 🚀#MUFC #GoalOfTheDay pic.twitter.com/2uz6vWRNET

Alongside the aforementioned Vidic, he won five Premier League titles in eight seasons and formed part of the side that won the 2008 Champions League, defeating Chelsea in the first ever all-English final in Moscow.

An ever-present during his time in Manchester, his £5.5m arrival from Monaco proved a bargain as he made 379 appearances across all competitions and was named in the PFA Team of the Year on three occasions.

Branislav Ivanovic signed for Chelsea from Lokomotiv Moscow for £9m during the 2008 January window, but he initially failed to break into the side and didn’t make a single appearance across the remainder of the season.

The Serbian made the switch from central defence to right-back and failed to look back over the following campaigns, becoming an irreplaceable figure in the side and one of the Premier League’s most dominant defenders.

Ivanovic claimed a clean sweep of major honours during his time at Stamford Bridge, including winning three Premier League titles, the Champions League and the Europa League, memorably scoring a stoppage-time winner in the final of the latter competition against Benfica.

His burly frame, powerful running and penchant for scoring important goals made him a popular figure in west London, where he made 377 appearances for the Blues before joining Zenit Saint Petersburg.

Brendan Rodgers gambled on the services of Philippe Coutinho during the 2011 winter window, adding to his attacking options with the signing of the Brazilian from Inter Milan.

Coutinho had failed to command an automatic role at the San Siro but grew into a key figure for Liverpool, starring as the Reds’ finished as runners-up for the Premier League in 2013/14.

Across the following campaigns Coutinho developed into the creative hub of the Liverpool side, scoring 54 goals and registering 45 assists in 203 appearances.

His fleet-footed magic and penchant for the spectacular saw him shine during his time in English football, with the Merseysiders making a huge profit on the midfielder following his £142m sale to Barcelona in 2018 – having signed him for the bargain fee of £8.5m five seasons earlier.

Liverpool have had success with past January deals and the arrival of Luis Suarez ranks amongst their very best mid-season purchases, with the forward signing from Ajax on perhaps the most chaotic deadline day in Premier League history.

In a frantic few hours that saw Suarez and Andy Carroll arrive on Merseyside and Fernando Torres depart for Chelsea in a British record deal, it was the former who proved the best signing and by a considerable distance.

Suarez was sensational across his three-and-a-half seasons at Anfield, including a 2013/14 campaign which ranks amongst the Premier League’s great individual seasons as he scored 31 goals from just 33 appearances to win the European Golden Shoe.

He scored 82 goals in just 133 games for Liverpool during his time in English football, mixing moments of outstanding quality with controversy in an unforgettable period.

Suarez departed for Barcelona in 2014 and continued his ascent to the upper echelons of world football, winning four league titles and the Champions League during a 198-goal career at the Camp Nou.

Leicester may have signed Riyad Mahrez whilst still in the second tier, but there is little doubt that the winger ranks amongst the Premier League’s finest winter window signings.

The Foxes signed the talented Algerian from Le Havre for a fee of just £400,000, with Mahrez helping the side to promotion to the Premier League during his first season at the club.

His second campaign saw Leicester produce a miraculous recovery to survive from relegation, a run of seven wins from their final nine fixtures seeing the Premier League’s bottom side escape in dramatic fashion.

Leicester’s run of momentum continued during the most extraordinary season in their history in 2015/16, as the pre-season relegation favourites upset the odds to win the Premier League in one of sport’s greatest ever shocks.

Mahrez was the star of the side and was named as the PFA Player of the Year after scoring 17 goals and providing 11 assists. He signed for Manchester City and has since won a further two league titles, whilst the £60m deal earned Leicester a huge profit on their initial investment.

Eyebrows were raised when Liverpool shelled out a world-record fee for a defender on Virgil van Dijk, splashing £75m to sign the centre-back from Southampton in January 2018.

Jurgen Klopp had targeted the defender during the summer before renewing the Reds’ interest six months later, with the deal proving a masterstroke and a transformative signing in Liverpool’s recent fortunes.

Van Dijk helped Liverpool to the Champions League final during his first six months at Anfield, whilst his first full campaign saw the Reds reach a second successive showpiece, beating Tottenham 2-0 in Madrid to be crowned champions of Europe.

The Netherlands international was named as the PFA Player of the Year in 2018/19 and been regarded as one of the world’s best centre-back since moving to Merseyside, his contribution again crucial as Liverpool ended a three-decade wait to win the Premier League in 2020.

His absence was felt as Van Dijk missed the majority of last season through injury, with his return having been a major boost to a Liverpool side in pursuit of major honours once again.

Rarely has a footballer made such an instant and tangible impact on a side’s fortunes, with Bruno Fernandes having been the catalyst for an immediate upturn in fortunes at Manchester United.

Signed from Sporting Lisbon in 2020, he arrived at a Red Devils side struggling for form, before starring during a 14-game unbeaten run as Champions League qualification was secured.

Fernandes’ first full season saw him break Frank Lampard’s record for most goals in a season by a Premier League midfielder, netting an astonishing 28 across all competitions for United in 2020/21.

The Portugal international has been a remarkable source of productivity and consistency for the Red Devils, providing 53 goal involvements (31G, 22A) in just 68 Premier League appearances.