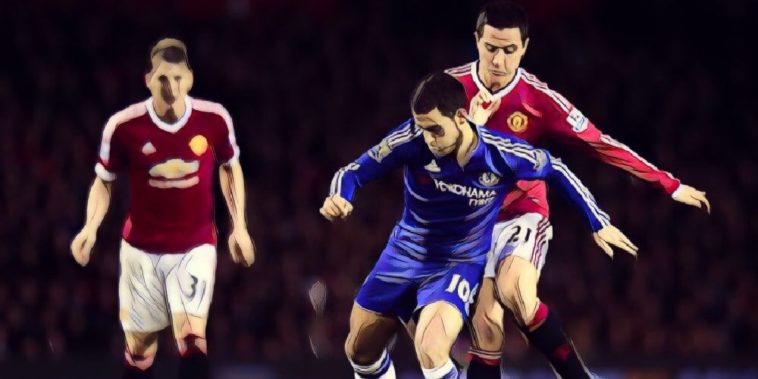 Ander Herrera has hailed Eden Hazard as the best player in the Premier League after Chelsea’s 4-1 win against Arsenal in the Europa League final.

Hazard scored twice in Baku to help Maurizio Sarri’s side to victory, with Olivier Giroud and Pedro also on target against their London rivals.

The Belgian confirmed afterwards that it would likely be his final appearance in a Chelsea shirt, with the 28-year-old tipped for a big money summer move to Real Madrid after seven seasons in West London.

Manchester United midfielder Ander Herrera, who will himself leave Old Trafford on a free transfer this summer, was often charged with man-marking the mercurial Chelsea playmaker, and he believes the Premier League will be losing its finest player should Hazard swap Stamford Bridge for the Bernabeu.

The Spain international praised Hazard on his social media as the most difficult opponent of his career in English football.

“Just watching the EL Final, I can say that Hazard is the best player I have played against in my five years playing in the Premier League,” Herrera wrote on his Instagram story.

If that was Eden Hazard’s last game for #CFC, then it’s been a pretty special career 👏👏👏