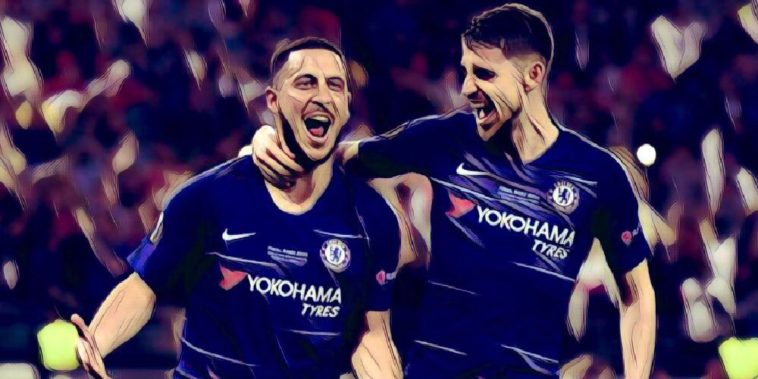 Eden Hazard has basically confirmed that he is off to Real Madrid this summer, saying it is ‘time for a new challenge’ after he scored two goals to help Chelsea to Europa League glory.

The Belgian is widely expected to leave Chelsea in the coming weeks to join the Spanish giants Real Madrid in a £100 million move, and he signed off his time in West London with a brace and a trophy in the Europa League final in Baku.

After a goalless and pretty uneventful first half, the floodgates certainly opened after the break, with Olivier Giroud breaking the deadlock against his former side with a superb diving header.

Former Barcelona man Pedro made it 2-0 on the hour mark with a well-placed finish past former Chelsea ‘keeper Petr Cech, before Hazard netted a penalty five minutes later after Ainsley Maitland-Niles clumsily brought down Giroud in the box.

Arsenal substitute Alex Iwobi gave the Gunners hope of staging a comeback with a wonderful half-volley from about 22 yards, but Eden Hazard ensured that the Europa League trophy would be going back to Stamford Bridge with his second strike and the Blues fourth after 72 minutes.

Speaking about the game, Hazard admitted that it was a stressful game for both sides, but reckoned the Blues controlled the game.

“It was good. I think both teams were playing with a bit of stress with it being a final but when Olivier scored it was the beginning of a great night,” Hazard told BT Sport.

“We played well and controlled the game and I’m happy to leave this trophy with the boys. The manager said to carry on playing football at the break and today we showed this mentality.”

Asked about his own future, Hazard admitted that it was probably his final game in a Chelsea shirt.

“We will decide in a few days and the only target in my mind was to win this final. I have made my decision already and now I’m waiting on both clubs.

“I think it is goodbye, but in football, you never know. My dream was to play in the Premier League and I have done that for one of the biggest clubs so maybe now it is the time for a new challenge.”

READ: Five of the best players to play for Arsenal and Chelsea

See also: Five of the most memorable Europa League finals