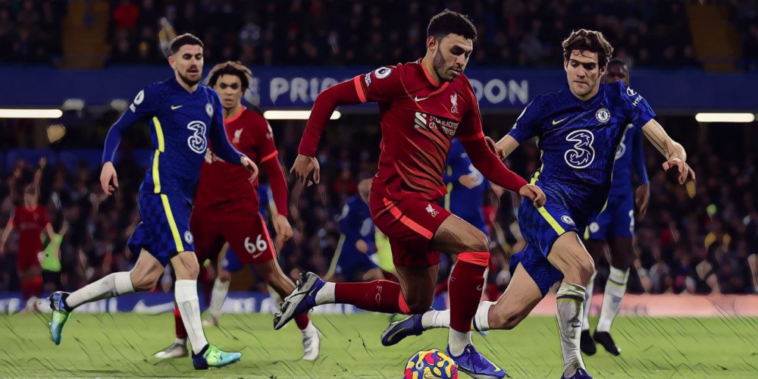 Chelsea meet Liverpool in the Carabao Cup final on February 27, the two sides set to contest the first major trophy of the season at Wembley.

It will be the latest instalment of a modern rivalry between the two teams, who have twice met in major cup finals since the turn of the millennium, in addition to several huge clashes in both the Premier League and Champions League.

So for those of you who like to gamble online and would be interested in 100 euro casino bonus, we’ve decided to analyse the market with some of the key odds ahead of the clash.

Liverpool shade the market when it comes to match result, with the Reds entering what is expected to be a tight final as slight favourites.

Jurgen Klopp’s side have failed to win in the past three meetings in all competitions, however, with the two Premier League fixtures between the sides this season having ended in 1-1 and 2-2 draws respectively.

Both Teams to Score

Mohamed Salah is unsurprisingly the shortest odds to open the scoring (4/1), with the Egyptian international having netted his 26th and 27th goals of the season for Liverpool in the 6-0 win over Leeds in midweek.

Mohamed Salah is the first Liverpool player with a Triple Double-Double in the Premier League:

Diogo Jota can be found at odds of 9/2 despite being a doubt for the final, whilst Romelu Lukaku is priced at 11/2 despite his struggles at Chelsea this season.

Kai Havertz has scored winning goals in the finals of the Champions League and Club World Cup for Chelsea and is priced at 7/1 to open the scoring, whilst Hakim Ziyech – who has scored in each of the club’s last three league games – is at 9/1.

Stuart Attwell will referee Sunday’s showpiece and the official has averaged 17.62 fouls and 3.23 yellow cards across his 13 fixtures in the Premier League this season.

Marcos Alonso is the most carded player among the two squads in league action this season, having received six cautions in the Premier League.

Antonio Rudiger (5), Jorginho (4), Fabinho (4) and Andy Robertson (4) could also attract interest. In terms of fouls per game, it is the attacking players from both sides who lead the rankings.

Of those expected to start on Sunday, Sadio Mane’s 1.5 fouls per game is a leading total, with Kai Havertz (1.3) leading the metric for Chelsea.

The shortest odds for a correct winning score punt is the 6/1 found on a 1-0 Liverpool win, with Chelsea to win by the same scoreline slightly larger (15/2).

A goalless draw can also be found at odds of 15/2, whilst a 1-1 result is deemed the most likely draw with the bookmakers having priced a goal apiece at 11/2.

Just one of the past four meetings between the teams has seen over 2.5 goals scored, with the Carabao Cup finalists playing out an entertaining 2-2 draw at Stamford Bridge in January.

Finals can often prove cagey affairs and the bookmakers are leaning towards another low-scoring contest when the teams meet this weekend.

Just two of the past six EFL Cup finals have been decided on penalties, with Manchester City winning on both occasions.

Ironically, the two teams beaten in those finals were Liverpool (2016) and Chelsea (2019) and a bet on Sunday’s final to be decided via a shoot-out can be found at odds of 9/2.