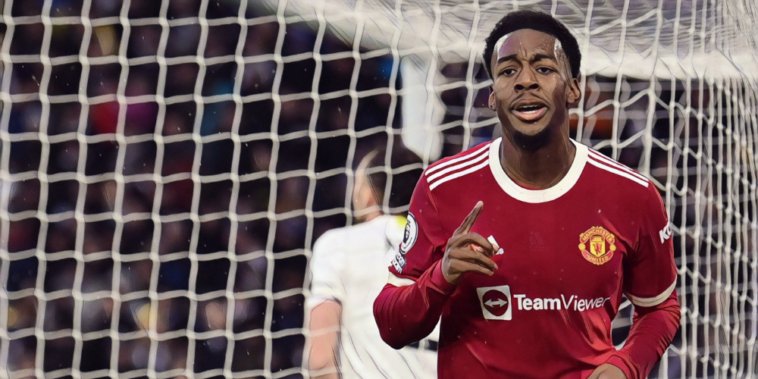 The Premier League football begins with a clash between Southampton and Norwich on Friday evening, whilst Manchester City return to action with a trip to Merseyside to face Everton.

Leeds and Tottenham go head-to-head in a clash between two teams struggling for form, whilst West Ham and Wolves meet in a shootout for European qualification.

Norwich’s mini-revival under Dean Smith was halted in its tracks by fixtures with Manchester City and Liverpool, the Canaries failing to take a point from clashes with the Premier League’s top two.

Smith’s side will take confidence from threatening a shock at Anfield, but now need to grind out results after wins elsewhere have seen Norwich drop back to the bottom of the Premier League.

Looking to make it 2️⃣ out of 2️⃣ against Southampton this week!#NCFC pic.twitter.com/ZL7kXfZYJx

The Canaries are five points from safety and travel to face Southampton on Friday evening, the Saints having lost just one of their past nine fixtures and enjoying their most consistent period of the season.

Norwich secured a crucial win over Southampton in Smith’s first game in charge in November, a result the Canaries will hope to replicate ahead of winnable clashes with Brentford and Leeds in their next two.

Concerns on either side at Elland Road

There’s little positivity emanating from the managers of Leeds and Tottenham at present, as the two struggling sides prepare to meet at Elland Road this weekend.

Marcelo Bielsa spoke on his concerns over relegation after Leeds were battered 6-0 at Liverpool in midweek, extending the club’s winless run to five games and leaving them just three points above the Premier League’s relegation places.

Leeds' record when he isn't playing:

What a player. Leeds are screwed without him… 😬 pic.twitter.com/qluIKbeqwZ

Leeds have been woeful defensively and have now conceded more goals than any other side in the division, a weakness that Spurs will hope to exploit following the disappointment of defeat to Burnley.

Hopes of reaching the Champions League had increased following a stunning win at Manchester City, but the north Londoners were brought back down to Earth with a bump at Turf Moor in midweek.

It’s now four defeats in five fixtures for Spurs whose dream of a top four finish is fading, with Antonio Conte having admitted their recent form resembles a relegation candidate.

Guardiola will feel pressure of chasing Reds ahead of Everton trip

There’s no doubt been a little bit of poker played at either end of the East Lancs Road, with Jurgen Klopp having largely talked down Liverpool’s title hopes as Pep Guardiola remains insistent the Reds are Manchester City’s main threat to silverware.

The title race had appeared almost a formality following Liverpool’s draw with Chelsea in January, a result which left the former 11 points behind with a game in hand, and the latter 10 points adrift of the league leaders.

Since then Liverpool have continued to win and dropped points for City against Southampton and Spurs have seen the gap reduced to just three points.

Klopp’s side issued an emphatic statement of intent with a 6-0 thrashing of Leeds in midweek and there’s no doubt Guardiola will be feeling the heat from Anfield.

With Liverpool out of action this weekend due to Carabao Cup final commitments, a trip to Everton provides Manchester City with a chance to extend their lead at the summit.

City have won the last nine meetings with the Toffees in all competitions and Guardiola will be hoping Everton – in need of points of their own – are in no mood to do their Merseyside neighbours a favour.

Bees need Toney to provide sting against former side

Brentford’s solid start to their first Premier League season is in danger of being undone, with the Bees bottom of the division’s form table across their past eight league fixtures.

Thomas Frank’s team have failed to win in their last seven games and are just four points above the relegation places ahead of a clash with a Newcastle side desperately seeking to scramble above them.

Newcastle are unbeaten in six and were unfortunate to only take a point from a trip to West Ham last weekend, with the Magpies – propelled by the performances of their new signings – climbing away from relegation fears.

Eddie Howe’s side will move above Brentford with a win this weekend and the Bees will hope leading scorer Ivan Toney can return to the side after missing the past three fixtures.

Toney failed to make the grade at Newcastle and scored against the Magpies during the 3-3 draw in the first meeting between the sides this season, another crucial intervention needed as Brentford bid to keep themselves above the drop zone.

Elanga ready for run in Manchester United side

Ralf Rangnick was gushing in his praise for Anthony Elanga in midweek, after the teenager came off the bench to rescue a 1-1 draw at Atletico Madrid.

“He is playing as though it is a dream come true, it is a joy and fun to watch him play, I wish a few other players would take him as an example and as a role model,” he said.

“Anthony, in all the games that he has played so far, just shows that he’s playing with all the passion, all the fun and all the joy.”

First @ChampionsLeague goal ⚽️
All to play for at OT!
GLORY TO GOD ALWAYS! 🙏🏾 pic.twitter.com/56mZ2Bkhm0

That crucial equaliser followed another goalscoring cameo off the bench at Leeds and Elanga has clearly made an impression on Rangnick with his fearless introduction into the senior side.

United face struggling Watford this weekend, perhaps the perfect chance for Elanga to state his claim from the start as he continues to outperform more senior colleagues at Old Trafford.

Back-to-back wins have lifted the doom and gloom at Burnley, with the Clarets producing their best performance of the season with a 3-0 win at Brighton last weekend.

That win was followed with a hard-fought win over Tottenham in midweek, a result which leaves Sean Dyche’s side just two points from safety and with a game in hand on Newcastle above them.

🙋‍♂️ We're just as buzzing as you are, Skip 👏#BURTOT | #UTC pic.twitter.com/FZijQlnxDh

Burnley face Crystal Palace this weekend, a side which have delighted and frustrated in equal measure under Patrick Vieira. It is perhaps understandable inconsistency given the Eagles’ youthful side, though their 4-1 thrashing of Watford in midweek was a reminder of the quality in their ranks.

Burnley’s experienced team will be hoping to make it an uneasy afternoon at Selhurst Park and there will likely be a focus on set-pieces given Palace have conceded 13 goals from such situations this season – the joint-most in the division alongside Leicester and Leeds.

Ben Mee scored the winner against Spurs in midweek and with the towering Wout Weghorst now also in their ranks, Burnley have the options to exploit Palace and continue their winning run.

Brighton and Aston Villa meet this week as each look to bounce back from successive losses, the most recent having been hugely concerning for both sides.

The Seagulls were emphatically beaten at home by a Burnley side without an away win all season, whilst Villa looked short of attacking ideas as relegation-threatened Watford won at Villa Park.

Both Graham Potter and Steven Gerrard have earned plaudits this season, but both of their sides remain firmly works in progress.

Gerrard on the Watford defeat: “We were getting into the right areas and pushing, but we did lack that killer touch.

“It’s clear that we need to find that clinical edge again.”#BHAAVL pic.twitter.com/9VCyMoaizn

Potter has been unable to eradicate the frustrating inconsistency that has prevented a talented Brighton team from pushing towards the European places, whilst Gerrard’s new manager bounce appears to be slowing and Villa have mustered just one shot on target across their past two fixtures.

Gerrard was critical of the club’s quality in the final third after the defeat to Watford – a criticism often aimed at a wasteful Brighton side – and both will want improvement at the Amex Stadium.

West Ham and Wolves meet in ‘best of the rest’ clash

West Ham and Wolves had looked to upset the established order and secure Champions League football this season, but the chances of both sides appear to be fading.

The demands of a season juggling Europa League and cup commitments appears to be catching up with a West Ham squad lacking depth, with successive draws with Leicester and Newcastle leaving the Hammers four points outside the top four.

Wolves have been impressive since the turn of the new year with four wins from six, but defeats home and away to Arsenal in those other two fixtures have allowed the Gunners to make up valuable ground.

The two teams meet this weekend in a fixture neither can afford to lose in their bid for the top four, a clash between two sides looking to gatecrash the traditional ‘big six’.

West Ham’s failure to address their issues in the January transfer window looks to have been costly, with Michail Antonio among the notable names to have struggled in recent weeks.

The ‘big six’ and a billionaire-backed Newcastle will be back stronger next season and the Hammers will hope their chance of Champions League football has not been wasted.