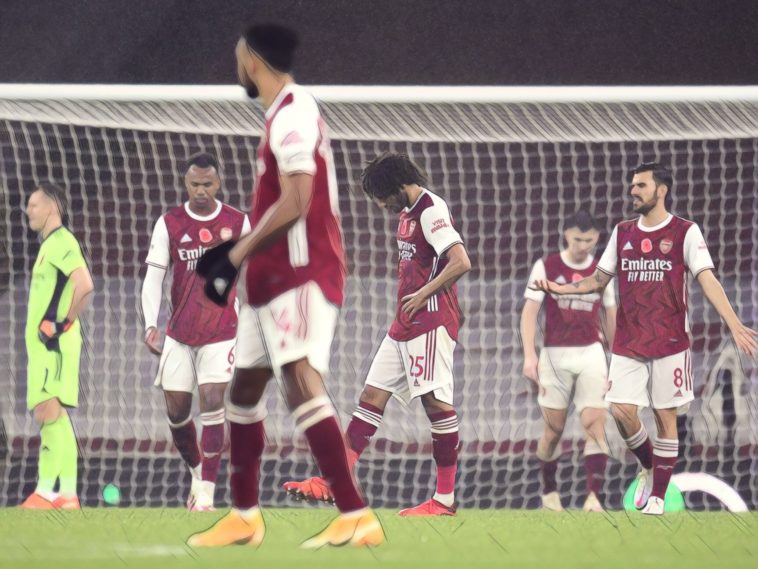 Sam Allardyce has ramped up the pressure on struggling Arsenal by insisting Mikel Arteta’s side are ‘absolutely’ in a relegation battle this season.

Arsenal have endured their worst-ever start to a Premier League season and currently without a win in seven league fixtures, the north London side sitting just four points above the relegation places ahead of a Boxing Day meeting with Chelsea.

Allardyce has had plenty of run-ins with the Gunners throughout his managerial career and last week returned to Premier League management at West Brom, who currently sit 19th in the division and are seven points behind Arsenal.

West Brom host Arsenal on January 2nd, and when asked if he thinks the north London side are actually in the relegation scrap given their struggles this season, Allardyce was emphatic in his answer, insisting the Gunners’ players must be lacking confidence following their winless run.

“Absolutely. They haven’t won a Premier League game for almost double figures [they are winless in their last seven]. Getting beaten last night [Tuesday], even though not in the Premier League, drains the confidence of Arsenal’s players.”

Allardyce suggested his experience of relegation battles could hand West Brom an advantage this season as they bid to escape the drop, and hopes his side can take advantage of Arsenal’s current plight when the two sides meet on January 2.

“I hope we can push at Arsenal when we play them, because they have a lack of confidence. We will try to beat them, or anybody in the bottom eight.”

Let’s be honest, if anyone knows what a relegation scrap looks like, it’s Big Sam.

Read Also – The item at the top of each Premier League managers Xmas wish list: Liverpool to Wolves