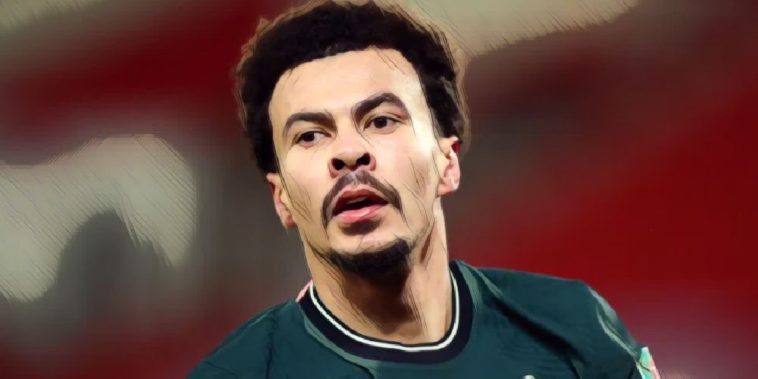 Jose Mourinho has outlined why he was ‘angry’ with Dele Alli following Tottenham’s 3-1 win at Stoke and has revealed the details of Gareth Bale’s latest injury.

Spurs secured their place in the Carabao Cup semi-finals with victory at the Championship side on Wednesday evening, goals from Bale, Ben Davies and Harry Kane moving the north London outfit into the last four.

Mourinho’s side will face Brentford in the semi-finals and are now within touching distance of a Wembley final, though the Spurs boss spoke post-match of his unhappiness with midfielder Alli.

Alli has been a peripheral figure for much of the campaign and has started just five times in all competitions so far this season, though the out-of-favour star was handed a rare opportunity to impress at the Bet365 stadium.

The 24-year-old irked his manager once more, however, with Mourinho critical of Alli losing possession in the build-up to Stoke’s equaliser before substituting the England international.

“Yes, for me a player that plays in that position is a player that has to link and create and not to create problems for his own team,” Mourinho said at his post-match press conference. “I was angry.

“We were unbalanced because when you are in possession you have full-backs out wide and another midfielder in a different line and they caught us in a counter-attack and they transformed the result of the game that was totally in our hands, so yes I am upset.”

Mourinho also discussed Gareth Bale’s latest injury, revealing the winger asked to be withdrawn at the interval after suffering a muscle problem late in the first half.

“Yeah, was his decision,” he added. “Something he felt in the last part of the first half and he didn’t want to come out before the second half so he stayed.

“While he was walking to the dressing room he told me immediately that he couldn’t come for the second half.”

Mourinho said that he believes Bale’s injury was to his calf, though gave no indication of the extent of the problem for the Wales international.

“I don’t know. Something I think with calf. I’m not sure as at that time I just want to reorganise the team and make the change.”