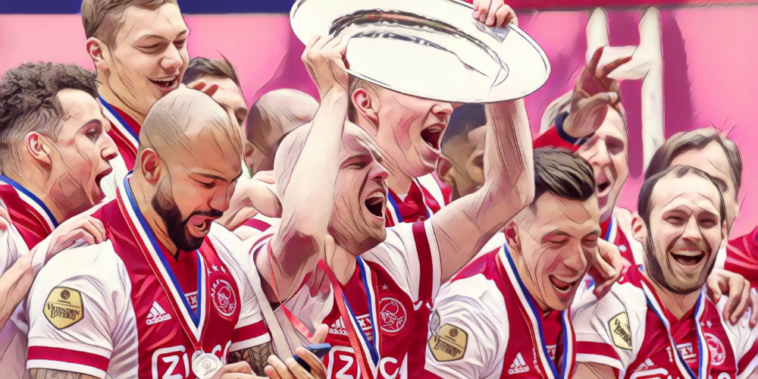 Ajax have decided on a unique way to celebrate their supporters following the club’s latest Eredivisie title win, with the Dutch side to meltdown the trophy and provide season ticket holders with a piece of silverware.

Erik ten Hag’s side were crowned as champions of the Netherlands earlier this month, regaining the title won in 2018/19 after last season’s campaign was curtailed amid the coronavirus pandemic.

The club’s success comes as part of a domestic double in what has proven a fine period for the Dutch giants, who also announced earlier this month that Ten Hag – a reported managerial target for Tottenham – has signed a new contract extension.

The Amsterdam outfit have won a record-extending 35th Eredivisie title after comfortably leading the chasing pack for much of the season, and Ajax have now decided to thank their fanbase by providing each season ticket holder with a piece of history.

Ajax are melting down their league trophy so all 42,000 season ticket holders can have a piece of history ⭐️

The Dutch side are melting down their league trophy and will hand each of their 42,000 season ticket holders a unique memento, a class act from the club during a period in which supporters of some of Europe’s elite feel more alienated than ever before.