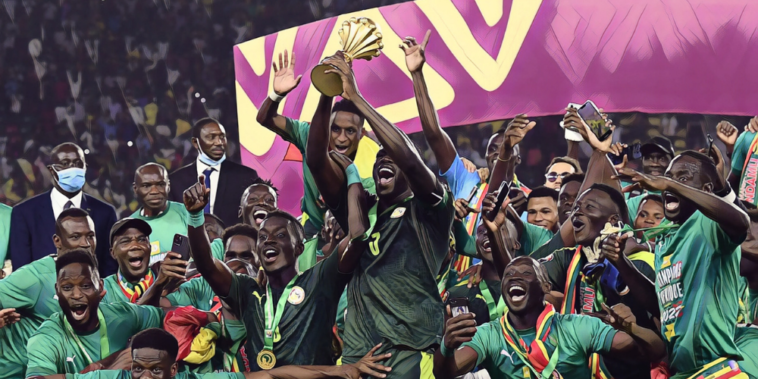 Following the conclusion of the Africa Cup of Nations, our awards honour the best – and worst – of the football tournament’s action.

The Africa Cup of Nations certainly didn’t disappoint, with a wealth of glorious goals, controversial moments and an endless supply of sub-plots and stories.

Where else to start but the final itself? Senegal are the champions of Africa for the first time in their history, two decades on from their first ever final appearance.

Aliou Cissé’s side were impressive throughout as the Lions of Teranga bounced back from a runners-up finish in 2019 to be crowned champions, holding their nerve in the final shootout win over Egypt.

It was fitting that Sadio Mane – his nation’s most celebrated talent and the official Player of the Tournament – stepped up to convert the decisive kick, showing his mental strength after missing from the spot in normal time.

Mane’s moment created history for Senegal and the announcement of a national holiday following their triumph means the celebrations are set to continue for some time.

A special mention should also go to Alou Cisse, who made it third time lucky in the AFCON final. The Senegal manager had missed from the spot during the nation’s 2002 defeat, before guiding the nation to a runners-up finish as head coach in 2019.

Mane may have been officially crowed as the Player of the Tournament and there is little doubt the Liverpool forward was crucial to Senegal’s success, but we’ve opted for Vincent Aboubakar as the finals’ finest footballer.

Cameroon’s free-scoring side dared to dream as the host nation reached the semi-finals, with Aboubakar enjoying an incredible individual tournament to score eight goals in seven appearances.

Just once – Ndaye Mulamba’s haul of 9 goals for Zaire in the 1974 tournament – has a player ever scored more at an AFCON, with the 30-year-old in lethal form for the Indomitable Lions.

Vincent Aboubakar's eight goals at #Afcon2021 is the second-most at a single Africa Cup of Nations in the tournament's history 👏 pic.twitter.com/oVa6vN7kQQ

The best period of the 30-year-old’s club career came in the colours of Porto, where he scored 58 goals in 128 appearances in all competitions.

Currently with Al Nassr in Saudi Arabia, he has already been linked with a return to Europe and the Premier League after tormenting Africa’s best defences in Cameroon.

No shortage of contenders here, with the AFCON having seen some truly stunning strikes across the past month of action.

Our Goal of the Tournament winner is Malawi’s Gabadinho Mhango, who scored this outrageous effort during his side’s defeat to Morocco in the last 16.

Returning to the AFCON for the first time since 2011, Malawi impressed to progress to the knockout rounds with Mhango’s audacious goal the highlight of their tournament.

It’s unlikely the Orlando Pirates forward has ever hit one better.

What a goal Gabadinho Mhango 🤯

I swear you'll never see anything like this ever again. pic.twitter.com/F37ajXpvhZ

A more than honourable mention goes to Comoros midfielder Youssouf M’Changama, who netted this postage-stamp free-kick in the debutant’s defeat to Cameroon.

Comoros can take pride in their first ever major tournament appearance after reaching the first knockout round, with M’Changama ensuring few will forget their debut.

Comoros are still in this!! 🙌 pic.twitter.com/lsNpxVNa61

Cult Hero of the Tournament

Mohamed Abou Gabal, or Gabaski as he is known, deserves a mention for his exploits for Egypt, the experienced goalkeeper arriving as a back-up option before starring during The Pharoahs’ run to the final.

Gabaski saved crucial spot-kicks in wins over the Ivory Coast and Cameroon, before saving another penalty from Sadio Mane during Egypt’s final defeat to Senegal.

However, our cult hero award for the AFCON goes to another goalkeeper, of sorts.

Chaker Alhadur will be remembered as an AFCON icon for his role in Comoros’ campaign, with the left-back selected in goal during the nation’s last-16 defeat to Cameroon.

Comoros were forced to use an outfield player in goal after first-choice Salim Ben Boina was injured and their remaining options, Moyadh Ousseini and Ali Ahamada, were ruled out with Covid-19.

Alhadur stepped up and took on the role despite his lack of height and slight frame, making four saves and keeping the score respectable as Comoros made a dignified exit from the competition.

Stat of the Tournament

The referees certainly weren’t shy in letting their presence be felt at the tournament, dishing out a huge number of red cards.

Cape Verde’s double red card in their defeat to Senegal made it 13 dismissals, a figure that equalled the total handed out in the previous four AFCON tournaments combined.

13 – There have been 13 red cards shown at the 2021 Africa Cup of Nations, as many as in the previous four editions of this tournament combined. Out. #AFCON2021 pic.twitter.com/5bm8NpXHd5

Disappointment of the Tournament

Algeria crashed out in an ignominious group stage exit, the tournament favourites and holders earning just one point from their three games.

It was a hugely disappointing campaign for Algeria, even if their performances perhaps deserved more than their results showed.

Riyad Mahrez was unable to influence proceedings as hoped and their poor tournament leaves manager Djamel Belmadi under huge pressure ahead of a World Cup play-off against Cameroon in March.