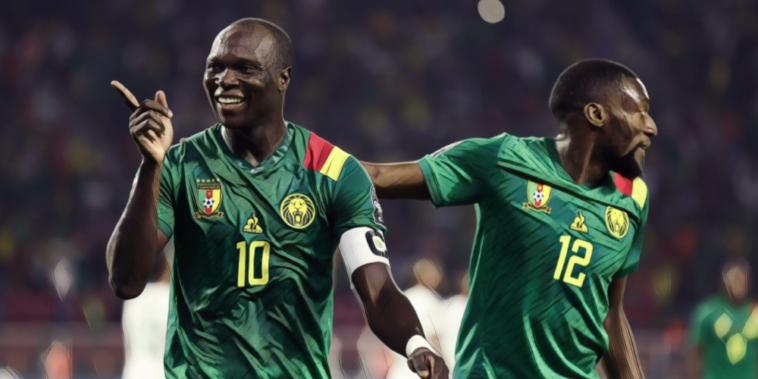 The Africa Cup of Nations reached its conclusion on Sunday, with Senegal crowed as the continent’s finest for the first time in their history after beating Egypt on penalties.

The goalless final was perhaps not the fitting finale to a tournament that has included some memorable moments and wonderful goals, with Africa’s finest having produced quite the spectacle across the past month.

Following the conclusion to the AFCON, we’ve assessed the competition’s best performers and compiled our 2022 Africa Cup of Nations Team of the Tournament.

Edouard Mendy won the official AFCON award as goalkeeper of the tournament, having kept five clean sheets during Senegal’s run to a maiden success.

However, we’ve opted for Mohamed Abou Gabal, known as Gabaski, as our goalkeeper of the finals, with the Egyptian having impressed during his team’s passage to the final.

The 33-year-old had made just three international appearances across a 10-year period heading into the tournament, before becoming the hero of the last-16 win over the Ivory Coast after coming on as a substitute to make a decisive save in the shootout.

Gabaski made four penalty shoot-out saves for #TeamEgypt at #AFCON2021 and made eight saves during the 120 minutes against #TeamSenegal in the final.

He made two further shootout stops as Egypt eliminated a free-scoring Cameroon in the semi-finals and his performances – including in the final defeat to Senegal in which he saved another penalty – will live long in the memory for Egypt.

One of the leading names heading in the tournament lived up to his billing, with Achraf Hakimi often looking a cut above the competition in the colours of Morocco.

The Paris Saint-Germain star was influential in his side’s run to the quarter-finals, showcasing the speed, verve and technical ability that has seen him cement a status as one of the world’s best full-backs in recent seasons.

Exciting and incisive when he bombs forward into the opposition half, he has even added free-kicks to his repertoire of talents after netting a stunning set-piece in the win over Malawi.

Issa Kabore – named as the tournament’s best young talent – deserves a mention with the Manchester City youngster registering three assists at the finals.

Senegal progressed to the knockout rounds without conceding a single goal, their backline marshalled excellently in the early fixtures by Abdou Diallo.

The 25-year-old has not always been a regular for Paris Saint-Germain at club level, but he was excellent throughout the AFCON finals as he brought calm and composure to the Senegalese backline.

He even fired home the opening goal in the semi-final win over Burkina Faso, breaking the deadlock as Senegal scored three goals in the final 20 minutes to reach the showpiece.

Mohamed Abdelmonem has enjoyed a remarkable rise in recent months, the centre-back having rose to prominence since his first call-up to the Egypt squad in December.

Abdelmonem impressed to earn inclusion in The Pharoahs AFCON squad and enjoyed a fine tournament despite his lack of experience at international level.

Calm and composed in possession, he showed a refreshing confidence defensively and formed part of a water-tight Egyptian rearguard that conceded just once in the five fixtures he started.

Edmond Tapsoba deserves a mention for his role in leading Burkina Faso’s progress, the defender – who has previously been linked with several Premier League sides – enhancing his reputation with a string of solid showings.

The second member of Senegal’s victorious side in our back four, Saliou Cisse was the tournament’s best left-back and an impressive performer for the Lions of Teranga.

The 32-year-old combined well with Sadio Mane down the left as Senegal improved during the knockout rounds, joining the attack and contributing to the champion’s attacking passages of play.

His committed defending and energy ensured Senegal were rarely troubled defensively on their route to becoming AFCON winners.

Mendy was an understated influence in Senegal’s successful tournament, with the Leicester midfielder providing both a defensive screen and dynamism in his box-to-box role.

His tenacity was evident throughout the tournament as he zipped into challenges and covered gaps in the engine room, providing Senegal with assurance and composure in possession.

Mohamed Elneny might struggle to command an automatic role at Arsenal but he is invaluable to Egypt, with the midfielder at the centre of The Pharaohs success at the tournament.

Egypt conceded just one goal from open play on their run to the final and Elneny’s screening of the backline was a crucial component behind that statistic.

He featured in all seven fixtures for the Egyptians, including being named man of the match in the last 16 win over the Ivory Coast, and brought both energy and control to the engine room. The 29-year-old will hope to use an impressive tournament as a springboard to turn around his fortunes at the Emirates.

Gustavo Sangare kicked off proceedings with the first goal of the finals and the midfielder was the standout performer during Burkina Faso’s passage to the semi-finals.

The midfielder combined both work rate with a creative influence, leading the way for his side whether in a midfield three or further forward in an advanced role.

The 25-year-old is one of a number of impressive performers who will have attracted attention during the finals with Sangare currently playing his club football with Ligue 2 side Quevilly-Rouen.

Toko Ekambi was backed as a potential star of the tournament and delivered as part of a deadly double-act for Cameroon, with only teammate Vincent Aboubakar bettering his haul of five goals at the finals.

The 29-year-old has been in fine form despite Lyon’s indifferent performances domestically and took those performances into the AFCON with a major role in the host nation’s run to the last four.

The winger’s darting runs and finishing were crucial to Cameroon’s charge, with the hosts disappointed to have bowed out in the last four after an exciting run of performances.

Sadio Mane was named as the official Player of the Tournament, having inspired Senegal to the trophy.

The Liverpool forward came alive in the knockout rounds, making decisive contributions in wins over Cape Verde, Equatorial Guinea and Burkina Fasio, before stepping up to convert the winning kick in the final shootout.

It was an unforgettable moment for Mane and one that has seen a national holiday declared in Senegal, another huge achievement for one of African’s finest footballers of the modern era.

Vincent Aboubakar can feel a little aggrieved to have missed out on being crowned the AFCON’s best player, with the forward having been in sublime form for Cameroon.

The 30-year-old scored eight goals in just seven appearances for the host nation, including a double during the third/fourth play-off win over Burkina Faso on Saturday.

Vincent Aboubakar's eight goals at #Afcon2021 is the second-most at a single Africa Cup of Nations in the tournament's history 👏 pic.twitter.com/oVa6vN7kQQ

Aboubakar has fallen from prominence since swapping European football for Al Nassr in 2021, but his performances at the finals will have alerted a host of sides to a forward who looked in the form of his career in Cameroon.