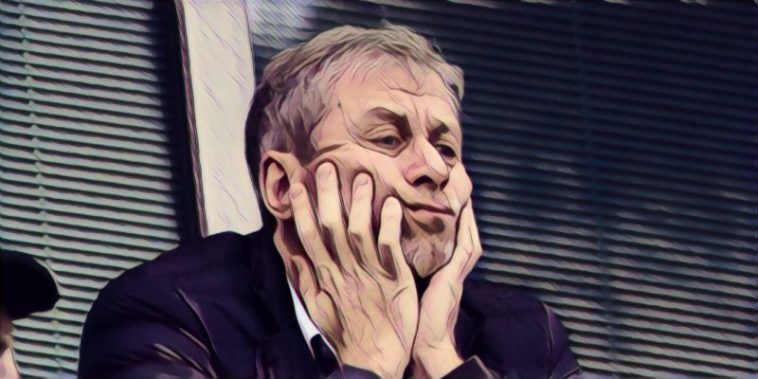 Simply having vast amounts of money to invest in your squad isn’t enough to dominate the Premier League anymore. As more and more billionaires invest in their own Premier League clubs, the financial playing field has been levelled.

It’s how you spend that money that will give you the edge, something Chelsea are failing at as of late.

The arrival of Roman Abramovich at Stamford Bridge way back in 2003 was the beginning of a new era in the Premier League‘s history, an era of huge investment from foreign billionaires, and the Russian businessman had more to invest than anyone.

When Abramovich bought Chelsea he had a goal and a vision. The reasons for him buying the club still remain dubious to this day but on the footballing side of things at least, everyone knew what he wanted. He wanted to make his Chelsea successful on the pitch, to not alone conquer England but Europe too. He had a vision and he had the spending power to back it.

It was still a time in football where the manager was a king who ruled over all before him. Alex Ferguson at Manchester United and Arsene Wenger at Arsenal had been the two most successful managers of the Premier League era up to that point and both ruled over their teams with totality, including transfers.

José Mourinho was brought in to achieve similar success at Chelsea and was given a similar licence to operate over the club with an iron fist.

Success and trophies followed, helped by a manager with a drive and determination to be the best and a near limitless amount of money to help him achieve it. It was a perfect combination at a time when only Man United could really match them on the pitch and also financially.

Once Mourinho left, the managerial merry go round started. This would usually be a destabilising factor for most clubs but most clubs didn’t have the spending power Chelsea had. They were able to attract the best managers and the best players and when Abramovich got fed up of whoever was in charge, they were sacked and replaced with ease. After all, it was his club and he could do with it as he pleased, regularly undermining managers and picking the transfers personally.

Fast forward to present day and the way the game is run behind the scenes has changed considerably in the last few years. Chelsea and their Russian billions are no longer unique, as foreign investors regularly line up to take over the next Premier League club.

Abramovich’s deep pockets no longer hold the powerful advantage over the rest of the league like they once did. Chelsea now has much more than Man United to compete with when it comes to attracting top talent, as more and more clubs are willing to spend big in the transfer window.

So if all these clubs can afford top players, where are the gains to be made over rivals? Long term planning has become essential in the quest for success and having a strategy in place that can guide a club forward even when a manager is sacked or leaves is now essential, while also trying to invest in youth that won’t be loaned out as some money making scheme, but with an eye on the players becoming part of a future first XI.

This is something Abramovich knows little about or has scant time for. He has become accustomed to changing managers at the same rate as he replaces his cars. For years he did this and it brought him the trophies he desired, not every season but frequently enough. Youth players are a way of recouping funds in the long term. One thing that seems to have landed Chelsea in a lot of trouble with a potential transfer ban looming.

Money played a massive role in these methods though and while it was a strategy that worked only up until a couple of years ago, it is one that is going to achieve fewer and fewer results as time goes on. Club’s can now easily compete with Chelsea and often outmuscle them in the transfer market.

Clubs now are making signings with a view to the future and with a purpose and a plan for them while Chelsea are signing players with no real strategy.

Michael Emenalo was the one constant at Chelsea for the last ten years and overlooked a lot of the signings, but he quit his role last November.

This January they signed the young American Christian Pulisic from Borrusia Dortmund. He will join in the summer, but even he has no idea what kind of team he will be joining or who will be in charge. Sarri has admitted that he had little say in Pulisic’s signing and if not the Italian then who is making the footballing decisions at the top of the club – especially if reports are true that Abramovich is not as heavily involved with the running of the club since his Visa issues with the UK Government.

It’s this lack of direction that could see Chelsea fall behind in the years to come. While clubs like Manchester City, Liverpool and Tottenham all have a vision for the future that is benefiting them in the present, Chelsea are stumbling from season to season picking up the odd bit of silverware yes, but this won’t be the case for much longer unless they get their house in order at the top level.