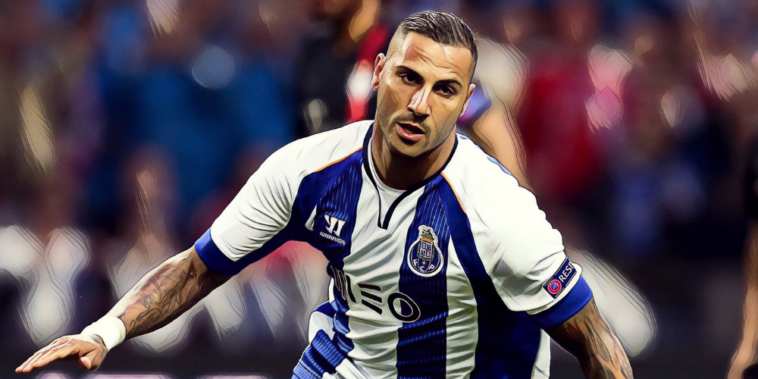 Ricardo Quaresma once had the world at his mercurial feet, a fleet-footed footballing superstar-in-waiting with the richest of promise and potential.

Unearthed in the Portuguese capital as a precociously gifted talent, he signed for Sporting Lisbon and soon began to turn heads and widen eyes as he progressed through the club’s academy system.

Sporting have forged a reputation as one of football’s greatest talent factories in recent decades, and Quaresma was regarded as one of the brightest prospects to have come through their ranks, making his first-team debut at the age of 17 in 2001.

Following in his footsteps was another exciting wide talent in Cristiano Ronaldo, with the two becoming close friends as they emerged almost simultaneously as the home-grown hopes of the capital club.

Each were mesmeric in possession, capable of spectacular speed of foot and owning an array of spellbinding tricks that would put Merlin to shame.

The dream of the duo dovetailing at the José Alvalade Stadium was over before it had began however, as Sporting’s increasing financial difficulties resulted in the sales of their starlets to European giants.

In the summer of 2003, Ronaldo signed for Manchester United and across the following decade developed into arguably the world’s finest footballer, whilst Quaresma moved to Barcelona in a move that would represent the start of a chaotic and colourful sporting venture.

Quaresma had been viewed as the more naturally talented of the duo during their time in Lisbon, but the bright lights of Catalonia saw his ascent stall and began a fascinating, nomadic career.

Barcelona were embarking on a new era under president Joan Laporta and manager Frank Rijkaard, with Quaresma’s arrival coming alongside the exciting capture of Ronaldinho from Paris Saint-Germain.

Whilst the latter flourished into the most influential star in the game at the Camp Nou, a teenage Quaresma failed to find his feet and felt stifled by his coach’s tactical demands.

Quaresma’s refusal to conform was what both prevented him from reaching greatness and made him such a captivating talent, his extravagant unpredictability simultaneously delighting fans and frustrating managers.

Barcelona’s refusal to indulge his individualism – alongside the Portuguese’s petulance causing more than a little friction with Rijkaard – saw Quaresma last just a single season in Spain.

He returned to Portugal with Porto, forming part of the deal that saw Deco head in the opposite direction, signing for a side recently crowned European champions but who had seen the spine of their side decimated by Europe’s elite.

The move proved the start of a renaissance for Quaresma, who after a runners-up finish during his debut season inspired Porto to three consecutive league titles.

Quaresma was named as the Primeira Liga’s Player of the Year during each of his first two seasons with Porto, enjoying the most consistent form of his career as the party-pieces he became renowned for came out in full force.

Few footballers are forever associated with a singular, signature move, but those who master a skill better than any other often become perennially linked to that movement.

Johan Cruyff’s infamous turn and Zinedine Zidane’s roulette are just two such examples, but for Quaresma the trivela will always be his.

In a way not too dissimilar to how Picasso perfected painting, Quaresma mastered the art of his trademark trivela – a shooting technique that saw the winger manufacturer outrageous curved trajectory with the outside of his right boot.

The rabonas, step-overs and drag-backs were all a part of Quaresma’s attacking armoury, but the trivela arguably epitomised the unconventional witchcraft that has made him a cult figure.

Quaresma’s success in Porto saw another of the continent’s most glamorous clubs come calling, with Inter Milan offering the winger another shot at superstardom.

It proved an unmitigated disaster.

Quaresma lasted just six months before leaving on loan in search of opportunities, his hedonistic playing style shackled amongst the risk-averse nature of Jose Mourinho’s counter-attack at the San Siro.

Chelsea was the next port of call, but the sacking of former national team manager Luiz Felipe Scolari just weeks after his arrival made his Premier League venture another wholly unhappy experience.

He mustered just four appearances and no goals before returning to Inter, where a lack of interest in his services saw Quaresma feature as a bit-part player in the Nerazzurri’s treble success under Mourinho.

Besiktas agreed a deal to sign the winger in 2010 as he sought to revive his faltering fortunes, a move to Turkey allowing Quaresma to provide a reminder of his unique natural gifts.

In the far Eastern corner of the European map, the Turkish side provided a platform for Quaresma to perform at his expressive and instinctive best away from the spotlight.

His first season included a series of spectacular goals as he endeared himself as an instant fans’ favourite, including scoring in the final as İstanbul Başakşehir were defeated to win the domestic cup.

Quaresma was magical in possession, but his penchant for going alone and holding on to the ball began to irk his teammates, with an altercation with teammate Nihat Kahveci leading to the duo being separated.

Never afraid of speaking his mind, tempers boiled over following a Europa League clash with Atletico Madrid in 2011, as Quaresma – hauled off at half-time – launched into a verbal tirade at manager Carlos Carvahal in an incident that accelerated his departure from Istanbul.

He moved to Qatar with Al Ahli, before second stints at both Porto and Besiktas, his latter career proving one of a nomadic existence for a footballer whose path was far from the one once expected.

He remained a part of the Portugal set-up despite a club career with no shortage of peaks and troughs, forming part of the side that were crowned European champions with success at Euro 2016.

Having once been tipped to scale football’s Everest alongside Cristiano Ronaldo, the duo were now together as part of the side that delivered Portugal’s first ever major tournament success.

Two summers later, his trademark trivela delivered on the grandest stage with a glorious goal against Iran at the 2018 World Cup, a sublime strike from the mercurial winger that sealed his side’s passage to the knock-out rounds.

More than two decades after his initial emergence at Sporting, Quaresma continues to pull rabbits from the hat in Portugal’s top flight for Vitória de Guimarães.

The feet that blurred like a whirlwind across the turf are less sprightly than a decade or two ago, but his ingenuity remains in tact.

He never reached the levels many predicted he was capable of, though there is often a footballing romanticism associated with a natural talent unable to be coaxed out consistently.

Self-indulgent and spectacular, enigmatic and expressive, Quaresma did things that others couldn’t, and took risks that others wouldn’t.

For that, he’ll always be a fans’ favourite.