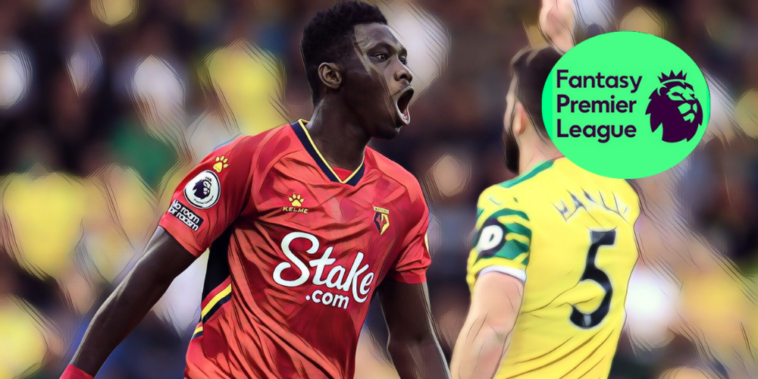 Gameweek six provides the perfect opportunity for Fantasy Premier League players to make valuable points over their rivals, given the set of fixtures in play throughout the three days.

With Chelsea facing Manchester City, Arsenal playing rivals Tottenham Hotspur, and both Liverpool and Manchester United encountering ties that could prove difficult, it is a week where differentials could prove crucial.

With that in mind, here are the four players who could make a difference for your Fantasy Premier League team in gameweek six.

With just 1.8% ownership, Andros Townsend provides a cheaper alternative to his teammate Demarai Gray, whose popularity is growing by the day.

With Dominic Calvert-Lewin and Richarlison both out through injury, Townsend is a guaranteed starter for Everton and faces a Norwich side who have been leaking goals in the weeks leading up to gameweek 6.

Norwich’s left side has notably been a weak point so far this season and has given up an abundance of chances to right-sided midfielders. Mohamed Salah grabbed 17 points in gameweek 1, Gabriel Jesus scored 11 in gameweek 2 and Ismaila Sarr bagged 15 points for managers last weekend against the Canaries.

Townsend has scored points in both home fixtures so far this season, amassing a total of 17 points across both games. All signs point to a positive week for the Englishman, who will be looking to continue his home form against Norwich on Saturday.

Chelsea loanee Conor Gallagher has started the season impressively for Crystal Palace and has developed into a pivotal player for Patrick Vieira’s side. The Eagles face a tricky clash against Brighton on Monday night, but that should not be a problem for this talented 21-year-old.

Gallagher scored 8 points against Tottenham last time out at Selhurst Park and overall ran the show for Palace. The midfielder provided nine crosses, six shots, one shot on target, created three chances and bagged an assist in the 3-0 win.

Enjoying himself at Selhurst Park. 💪 pic.twitter.com/yLpf4ZIBDz

The youngster could end up being a key player in FPL this season; as he has the responsibility of taking both corners and free-kicks, making runs into the box, and has an eye for goal – with a gameweek three brace against West Ham providing sufficient evidence.

With a favourable run of fixtures ahead for Palace, Gallagher is not only a differential for this week but beyond.

Ismaila Sarr has proved to be a nightmare for defenders so far this season and has been at the heart of everything when it comes to creating chances for Watford.

The Senegalese winger has scored three goals so far this season, outperforming his 2.23 expected goals metric so far. In addition to this, Sarr has accumulated a total of 13 shots, eight of which were on target – the 2nd highest total in the league behind Liverpool’s Mohamed Salah.

Sarr is coming off the back of a big 15-point haul against Norwich in gameweek five and faces a Newcastle side that are in disarray this weekend.

Worth his points this week🔥 pic.twitter.com/EgdtebcFPO

The Magpies have given up ten goals so far this season, six of which were away from home. This provides Sarr with the perfect platform for another big performance and he could be a big differential for players in gameweek six.

It is coming, that elusive goal that Raul Jimenez and Wolves have been waiting for since his return from injury. The Mexican international has done everything but score so far this season and although the striker has blanked, it should not turn players off for this week’s round of fixtures.

Amongst the forwards in FPL, Jimenez ranks 1st in creativity and 7th as a threat to goal – making the Mexican the 4th best asset in the forward department.

Unlike many forwards in the league, Jimenez is not only a goalscoring threat but a creative threat too, with the Mexican’s ability to drop deep causing problems for opposition sides. In addition to this, the Wolves number nine is also the club’s penalty taker, which increases the chances of FPL returns.

This weekend Jimenez and co travel to Southampton, in what should be a tough game for Bruno Lage’s men. Despite this, the stats show that a goal is coming and that could well be this weekend.