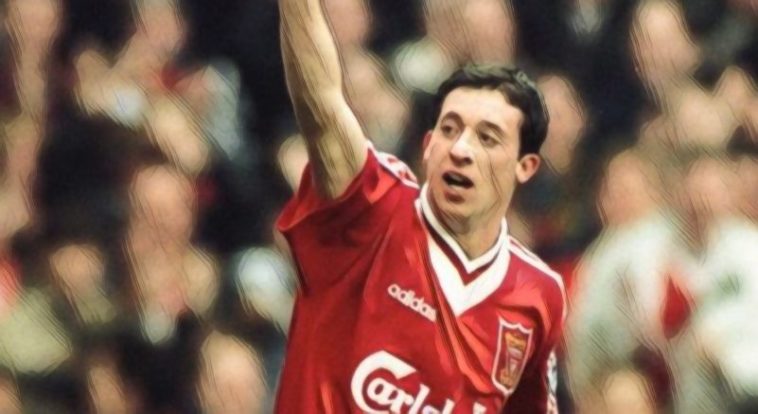 The latest inductee into the 90’s Football Hall of Fame is Liverpool legend and former England striker Robbie Fowler.

Known fondly as “God” among the Anfield faithful, the Toxteth lad burst onto the scene as an 18-year-old, scoring on his debut against Fulham in the League Cup in 1993 before scoring five against them in the second leg.

Fowler clearly started as he meant to go on, scoring 12 goals in his first 13 games for the club and quickly garnered a reputation as one of the league’s most natural finishers.

The striker would go on to score 183 times for Liverpool, becoming a beloved figure on the Kop as his goals led the team to glory in the Uefa Cup, FA Cup and twice in the League Cup.

On the latest episode of the 90’s Football Hall of Fame podcast, we discuss some of Fowler’s most spectacular finishes, his controversial sniffing the line celebration against Everton, and what made him so exciting to watch.

We also chat about his underwhelming England career, his surprise move to Leeds United in 2001, and why his career petered out after such an incredible start.

See Also: Fowler, Klinsmann and the most iconic goal celebrations in PL history