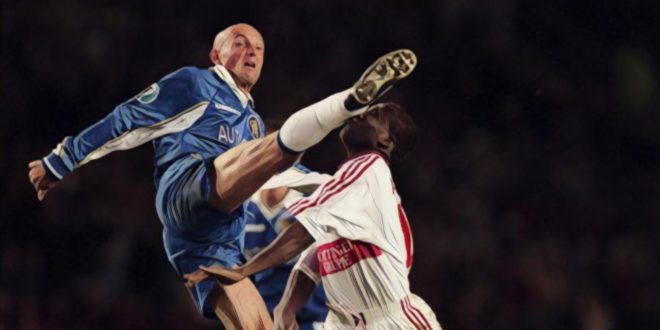 The latest inductee into the 90’s Football Hall of Fame is former Chelsea and France libero Frank Leboeuf.


Leboeuf was a key member of the exciting and cosmopolitan Blues team that enjoyed great success in the mid to late nineties, winning the League Cup, two FA Cups and the Uefa Cup Winners’ Cup during his five year stint in west London.

The centre-back also won the World Cup, European Championship and Confederations Cup with his national team during a golden era for the French team, putting in a fine performance against Brazil in the final in 1998 where he kept Ronaldo quiet.

In the latest episode of the 90’s Football Hall of Fame podcast, we discuss the former Chelsea defender’s career, his rise at Ligue 1 outfit Strasbourg, and why he was so different to the typical English centre-back of the time.

We also discuss his penchant for set piece magic, his post-football career in acting, and why his appearance on They Think It’s All Over rubbed people up the wrong way.

See Also: Glamorous Ginola was not a great goalscorer, but a scorer of great goals