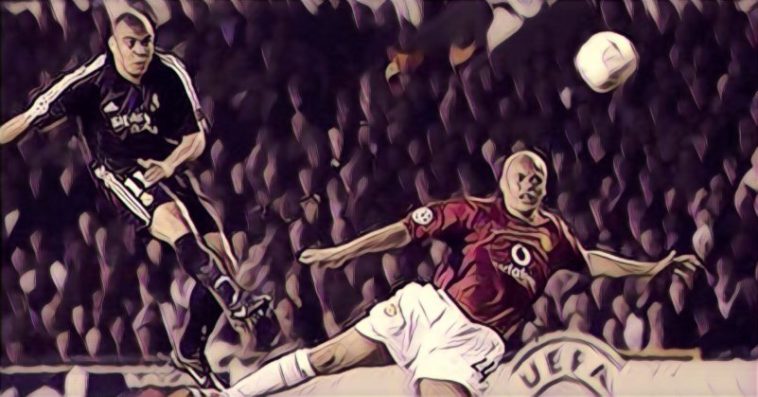 We all love goals and as people often say, scoring them is the hardest thing to do in the game. But some people just make it look easy and scoring three in a game is an achievement that rightly deserves to be heralded. In this series we are going to take a look at some of the Greatest Hat-tricks ever scored.

The 1994/95 season was quite a year for the young Liverpool striker, widely considered to be the best natural goalscorer of his generation, Robbie Fowler was banging them in from all angles and on one August afternoon in particular, he tore Arsenal to pieces. None of the goals were particularly spectacular but what was impressive was the speed. Three goals in 4 mins 33 seconds was the fastest Premier League Hat trick ever up to that point and the record stood for over twenty years.

If Fowler’s was an example of a great goal scorer doing his thing then this hat trick perfectly encapsulated everything that Denis Bergkamp was about. He scored goals, and mostly, he scored great goals.

He read the game better than anyone and could find space where others got lost in the crowd. He was blessed with one of the best touches in the game and he could score from anywhere. It’s all here in this incredible hat trick.

We’re not here to pick a favourite, just to enjoy the brilliance of some truly great goal scorers, but this one has to be up there. Picture the scene, A lack-lustre campaign sees one of the worlds biggest clubs sitting just outside of the Champions League places, there’s one game left, against the team in fourth who, having just lost in the Champion League final, are pretty keen to get back in to the competition.

Step up Rivaldo, he puts them one up with a spectacular free kick from 30 yards, Valencia pull one back, so he drags them forward again, putting them in to the lead with a long range rocket. But again they are pulled back. Time is running out! It’s going to take something spectacular to break this deadlock… The rest is history.

For any player scoring on your debut is a dream scenario. Scoring on your European debut? Amazing. Scoring a hat trick on your debut for one of the biggest clubs in the world, in the Champions League? The stuff of dreams. But that’s exactly what Wayne Rooney did, way back in 2004 as he set off on his journey to becoming the club’s all time leading goal scorer. Oh and they were all great goals too.

Back at Old Trafford and back in the Champions League but this time it’s Manchester United who are on the receiving end of the hat trick. Ronaldo, Il Fenomeno, is regarded as the greatest striker of all time by anyone who who’s ever watched him.

Alex Ferguson desperately wanted him earlier in his career but injury and other issues had diminished his game, or so some people thought. Form is temporary, class is permanent and here he showed why. He was given a standing ovation by the home crowd as he left the field having just dumped them out of the competition. There’s no shame in being beaten by the best and that’s what he was.