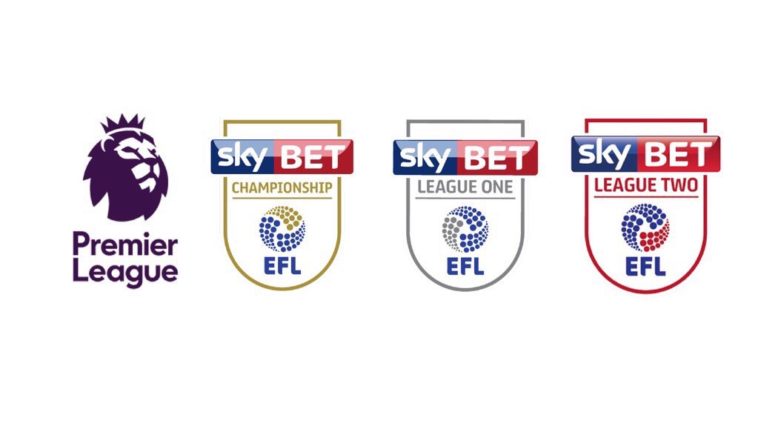 I am sure I am not the only person to welcome club football back to our weekends after the international break? I am welcoming it back with open arms like a favourite uncle returning safely from war.

Now the International break is out of the way we focus on the thick end of the season – the deep end. The bit that separates potential and blind faith from reality.

Here is your guide to the ups and downs of the four divisions that make up English football. League by League, starting with the Premier League. Here goes;

The title is going to Stamford Bridge. It is inevitable. Chelsea cannot be caught. Mathematically they can, but realistically, they are already the Champions.

I believe that Spurs and Manchester City will fight out for second spot, with Spurs looking most likely at the moment.

In my opinion, the battle for the remaining place in the top four will be contested by Liverpool and Manchester United. Liverpool will need to win the Merseyside derby at lunchtime on Saturday and put a run of results together to fend off Mourinho’s in form United.

Football needs a new member in the top 6 and this year that could very realistically be Everton. Recent performances and the general mood at the club would suggest Arsenal are the team Everton will replace with Liverpool in 5th. For the first time in 20 years, I think Arsenal will finish outside of the top four.

These opinions are backed up by my fellow Football Faithful writer Ben Hassard. Please check out his detailed view on the race for the top four.

Pretty much, whatever happens West Brom will finish 8th.

Check out our article on the battle for mid table.

On to the bottom of the table now. Back on the 2nd March, I wrote an article predicting that Sunderland, Middlesbrough and Hull would be relegated. The results since that prediction have done little to prove me wrong.

Crystal Palace could endure the same struggle next season.

In my opinion the Premier League deserves the football that Bournemouth, Swansea and Leicester play. The latter two have made changes to their managers at the right times of the season. No matter what you think to the sacking of Ranieri, it is turning out to be the right decision so far.

On current form, Newcastle will be promoted back to the Premier League at the first attempt. They are likely to be joined in the top flight next season by Brighton.

Huddersfield, Leeds and Reading will be involved in the annual battle to feature in this years ‘richest game in football’ at Wembley.

Over the next eight games, the key battle in the Championship will be who joins them in the playoffs.

That battle seems to be between Sheffield Wednesday or Fulham. Many times, the play off winners in the Championship have been a team that have arrived late, and bang in form. Blackpool and Crystal Palace spring most clearly to my mind. However, I don’t see that happening this year. Despite a recent slump in form, my money is still on Sheffield Wednesday.

Putting my natural hatred for Fulham and Reading to one side and being impartial for a minute, I feel it would be great for Yorkshire if the Premier League could once again have a representative from England’s largest county.

Down at the bottom

Talking of Yorkshire, down at the bottom, Rotherham are already require snookers! They are relegated all bar the maths. On 8th April, Rotherham travel to Wigan – my view is that by 5pm that afternoon, Rotherham’s relevation will be confirmed.

Wigan will then be relegated soon after. I expect that the 2013 FA Cup winners will slip straight back into the third tier of English football after last seasons promotion.

Above them, one of either Bristol City, Nottingham Forest, Burton Albion or Blackburn will join them. Personally, I think it will be Blackburn, but I reckon it will go the final day of the season before we know for sure.

Despite Fleetwood being in the best form of their history, Sheffield United and Bolton are almost guaranteed promotion. United will be champions and rightly so.

Five of the top six teams are the most in form sides in the division. Scunthorpe meanwhile in fourth are not. They will need to find some form quickly to stay there. However, their recent form is comparable to those struggling in the relegation places.  They have lost five of their last eight games.

Millwall and Oxford are also going to need to improve their recent form to break into the play off places. At the moment, these places are being held by Fleetwood, Scunthorpe, Bradford and Southend.

Anyone in the bottom nine could slip into the bottom four. These include Charlton in 16th, who have won just once in the last eight games. The bottom places will change extensively over the remaining weeks. However I fear that the fates of Coventry and Chesterfield have have already been sealed, and they will drop to League 2.

Every team has seven games left to play. If Stevenage fail to beat mid table Barnet on Saturday, Doncaster will be guaranteed promotion, providing they beat Grimsby.

The current top three are the most likely to gain promotion. Those clubs, Portsmouth, Plymouth and Doncaster, will all be automatically promoted into League 1 in my opinion.

The play off positions in League Two provide arguably the closest fight of all four divisions.
In the next seven games, seven teams will fight for just four play-off places. Wycombe in 11th and Cambridge in 12th could still feature, but will need to put a hell of a run together to gate crash the play off party.

Currently just three points separate Stevenage in 4th and Carlisle in 8th, with Blackpool, Luton and Exeter in between. Just one point separates Mansfield and Colchester in 9th and 10th respectively.

The bottom of the table looks much less exciting. It looks inevitable that Leyton Orient and Newport will drop out of the Football League. Both are cut adrift at the bottom and it looks more like when, rather than if.

Unfortunately, having recently escaped going bust at the 11th hour, relegation for Orient could see them also go out of business. Let’s hope not for the good of the game.

We are at the business end of the season. Hopefully, you will agree with me. I am going to love every minute. Hold on tight.