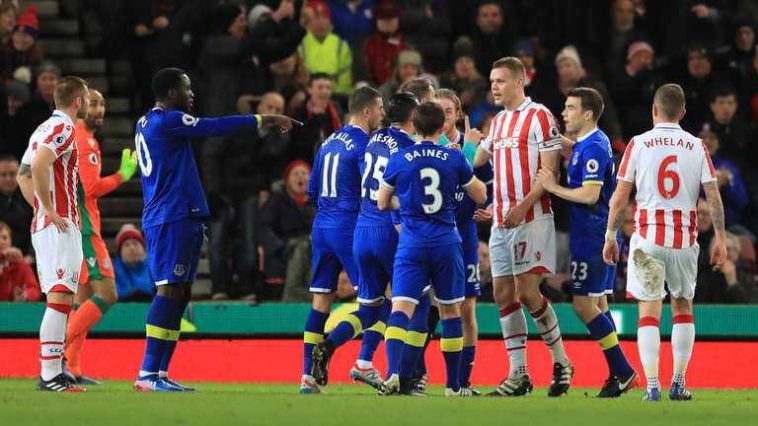 After last season’s shake up of the Premier League’s elite, the so called ‘big sides’ seem to have got their acts together. So now things have been returned to their normal order, it’s time to take a closer look at the often overlooked ‘mid-table’ of the Premier League.

Between the 2000/01 season and the 2015/16 season, 27 different teams have occupied the positions between 7th and 14th in the Premier League. This has been due a combination of top teams falling short as well as promoted teams coming up and doing surprisingly well.

This high turnover could explain the lack of attention to the mid table as its constant fluctuation doesn’t allow rivalries to properly form. Compared to the bitter rivalry that has formed between the long standing title challengers of Manchester United and Liverpool, games like West Brom Vs Watford don’t quite have the same edge.

In the 2016/17 season the teams currently occupying 7th to 14th are Everton, West Brom, Stoke, Southampton, Bournemouth, West Ham, Burnley and Watford. Whilst Everton’s good form has seen them form a genuine challenge for European football next year, the others are somewhat lagging behind. West Brom are seven points behind Everton with Stoke City currently seven points further behind.

The teams mentioned also have greatly varying styles. From the dynamic attacking football of Everton to the classic, hardworking Burnley.

Besides Everton with their incredibly prolific goal scorer Romelu Lukaku, the teams have the familiar problem of being without a consistent striker.

Speaking as a Stoke fan, I can genuinely say this has been a problem for us for number of years. Last term our top scorer was winger Marko Arnautovic. Until the January acquisition of Saido Berahino, we had been reliant on the experience of Peter Crouch and Jonathan Walters. Despite both being decent, hardworking players, Stoke need a higher calibre upfront if they are to further their mid table exploits.

So can mid table teams find their way into the top 6 and challenge for European football? One success story has arguably been that of Manchester City. After yo-yoing between the divisions for much of the 90’s, City came back into the Premier League in the 2002/3 season and finished a respectable 9th. They finished between 16th and 8th for the next few seasons until in 2008 everything changed.

In August 2008 Sheikh Mansour took over the club and gave it the financial muscle to escalate out of mid table. Since then their lowest finish has been 5th and the club has won six major trophies.

But can teams make this leap without huge financial investment?

Everton have consistently been one of the better teams in mid table ever since the arrival of David Moyes in 2002. Other than two seasons in which they finished 17th and 11th, they never finished lower than 8th during his reign. They even managed to finish 5th or higher on 4 occasions. All this with a total net spend of £5.6 million in his 11 years at the club.

But the fact remains that Everton are still behind (not by much) the old order of big clubs such as Manchester United and haven’t consistently broken into those coveted European places.

So as it appears all mid table teams can really fight for is the cups, should they be given more TV and media coverage? Or will the title race and relegation battle always take priority? Let us know in the comments.