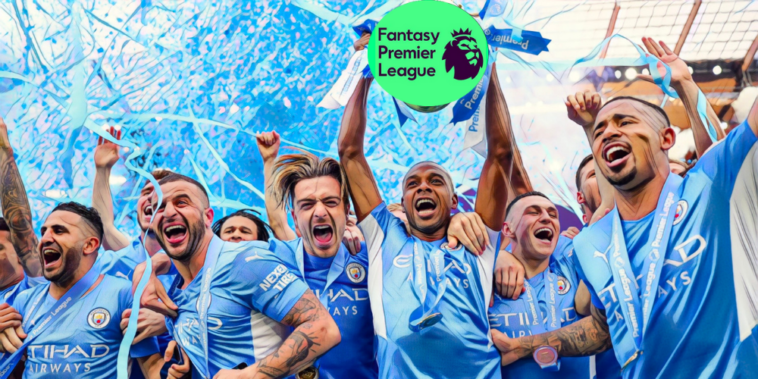 There are around four weeks until the action kicks off, giving managers plenty of time to assemble their squads and build a team capable of challenging for mini-league bragging rights.

Whilst success in the game requires a mix of luck and knowledge, we’ve decided to provide a helping hand for coaches with 10 top tips for mastering the world of Fantasy Premier League.

1. Keep up to date with the latest football news

For football fanatics this may sound like an obvious tip, but more casual players of FPL must be aware that much can change in a short space of time.

Whilst FPL’s in-game data will help, Premier League press conferences are also a great way to keep on top of the latest team news, injuries, and suspensions before clicking confirm on your crucial transfers.

Sync all the FPL deadlines to your phone 👉 https://t.co/yf7BTAU1BN pic.twitter.com/a4Ow32Z3F7

Managers usually address the press on the day before fixtures, so waiting until the end of the week to conduct your transfers can prove beneficial.

Fail to prepare, prepare to fail.

It’s an old-age saying we’re all more than familiar with and one that certainly applies to the world of FPL.

Short-term transfers can hinder your team in the long run, so do your best to assess each player’s upcoming run of fixtures before bringing them into the side.

A home game against newly-promoted opposition might look appealing on first glance, but if that player has away trips to in-form sides and title challengers in the following games it might be wise to look for an alternative option.

Most selected players so far…

Think more than one step ahead, if possible.

Fantasy Premier League is entirely different to real-life Premier League action, so make sure you’re well-versed with the point-scoring systems before selecting your side.

The likes of Declan Rice and N’Golo Kante might be among the most influential footballers in the Premier League right now, but each lack goal threat and are not the sort of players who will score huge hauls in the world of FPL.

Focus on those likely to produce goals, assists, and clean sheets for your side. Including set-piece takers is often a smart way to ensure the points keep on rolling in.

4. Don’t try and be too clever

Differentials can be great. Earning points from an asset that has been overlooked by rivals can be the difference in climbing a mini-league, though great reward comes with great risk.

There are not many hidden secrets in FPL and high-scoring differentials rarely stay as differentials for long. Don’t try and be too clever when it comes to your transfers and captaincy selections, the obvious choice is usually the right one.

The likes of Mohamed Salah and Kevin De Bruyne have premium price-tags for a reason, they can usually be relied upon to produce the goods.

5. Use your chips wisely

Fantasy Premier League chips are like gold dust, so use them wisely.

Wildcard, Free Hit, Bench Boost and Triple Captain can all be huge difference-makers, but avoid the temptation to activate the chips early if you make a stuttering start. Once they’re gone, they’re gone.

It’s a marathon and not a sprint in FPL, so be prepared for a long season of ups and downs. There will be blank and double gameweeks later in the campaign, in which chips can be of greater use.

Managers must also be aware of the World Cup in November, when unlimited transfers will be permitted before the Premier League season resumes on December 26. A wildcard around this period would be a waste, given the unlimited transfer period.

Price changes fluctuate throughout the season, dependent on a player’s popularity. A wealth of transfers in will see a player’s price-tag increase and transfers out result in a drop in value.

Missing out on a transfer due to a mid-week price increase can be hugely frustrating, so pay close attention to potential changes. There are a number of price change predictors online, allowing you to anticipate the changes and make your moves early in the week.

Early transfers come with risk however, and ensure you aren’t sucked in to making transfers just because of upcoming price changes.

7. Make your transfers later in the week

Whilst the aforementioned price changes can be frustrating when looking to squeeze the latest in-form name into your side, early moves can often prove costly with the potential for mid-week injuries – particularly for players featuring in European competition.

Generally speaking, late transfers are wiser with less time for potential disruption before the gameweek kicks off.

Your premium asset has just cost his – and your – side dearly by missing a succession of clear-cut chances, squandering opportunities you’d put a handsome wager on your nana converting.

Every player has an off day on occasion, but when it’s a proven Premier League performer it’s important to give them the benefit of the doubt and knee-jerk reactions to one-off performances can prove costly.

Shipping out a leading name after one bad performance could come back to haunt you.

In the world of FPL, using statistics can be a fine supplement your knowledge of the game. There’s only so much football you can watch in one weekend, so checking over the stats can help with informed decisions.

Is said player just easy on the eye? Or is there substance to match?

Marrying the underlying numbers with the eye test is a great way to unearth FPL gems and there are now a whole host of excellent stat-based websites offering up detailed Premier League data.

Football can be overwhelmingly tribalistic at times, but retaining undivided loyalty to your side is not going to help you climb FPL mini-leagues.

For example, Manchester United fans might not like it, but it’s pretty obvious that Manchester City and Liverpool are the two best teams in the Premier League right now.

Swallow your pride and include rival players, it will help.

The same can be said for players from your own team, keeping faith despite said player being hopelessly out of form is only going to lead to red arrows as you tumble down the rankings.