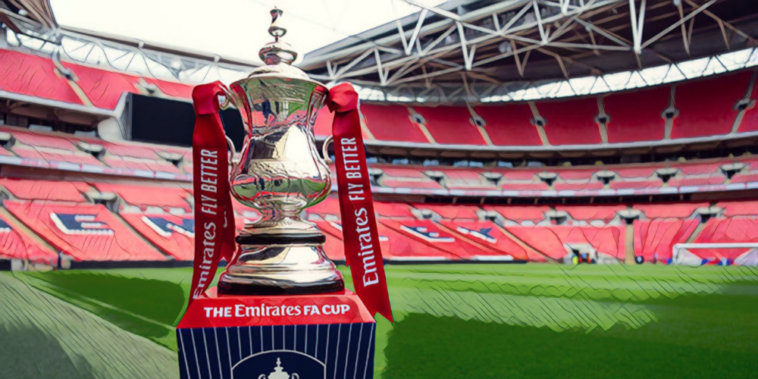 The new season brings new optimism and England’s leading clubs will once again have their eyes set on FA Cup success in 2022/23.

Liverpool will be looking to defend the trophy after winning last season’s competition, completing a domestic cup double after beating Chelsea on penalties at Wembley.

Premier League sides won’t enter the competition until the third round in January, but the preliminary rounds are set to begin next month.

So for those of you who like to follow the football odds and are interested in the best Irish betting sites, we’ve decided to rank the five favourites to win the cup this season.

Manchester United will be looking to end a five-year wait for major silverware this season, the club’s longest run without a trophy of any kind since the 1970s.

Erik ten Hag will take charge of the Red Devils this season, having arrived from Ajax with a fine reputation after winning three Eredivisie titles with the Dutch side.

United suffered a disappointing fourth round exit last seaso, after being beaten on penalties by second-tier Middlesbrough. It is a performance the club will be required to improve if Ten Hag is to avoid external pressure.

Getting stuck in 🗣#MUFC pic.twitter.com/GobxjiE50Z

Only Arsenal (14) have won the FA Cup on more occasions than the Red Devils (12), whose most recent success came with an extra-time win over Crystal Palace in 2016. Success in this season’s competition will be a hugely positive step in the club’s rebuild.

Tottenham are another side looking to end a long wait for major honours, having gone more than a decade without silverware.

The north Londoners have won just one League Cup (2008) since the turn of the century, but optimism is high at Spurs following the club’s impressive turnaround under Antonio Conte last season.

Conte’s arrival transformed the side last season, with Spurs finishing the season in fine form to secure a top four finish and Champions League qualification.

Son Heung-min is the dream player for Antonio Conte 💙 pic.twitter.com/KIKh6e3P7y

The presence of Conte in the dugout – who won the FA Cup with Chelsea in 2018 – and a series of shrewd signings in the summer transfer window have increased both hope and expectation in the capital.

Chelsea will be aiming to reach a fourth consecutive FA Cup final in 2022/23, having endured the agony of becoming the first team to lose three successive showpieces last season.

Defeats to Arsenal, Leicester and Liverpool in consecutive FA Cup finals will make Chelsea even more determined to bounce back, with the west Londoners have also missed out EFL Cup success after a penalty shootout defeat to Liverpool in 2022.

Thomas Tuchel saw his season disrupted amid the takeover situation at Chelsea last season and will hope for a distraction-free campaign after a resolution was found.

New co-owner Todd Boehly is set to invest in the squad this summer and Tuchel will be looking to build a squad capable of challenging on all fronts.

Liverpool will enter the FA Cup as holders in 2022/23, having beaten Chelsea on penalties in last season’s final.

The Reds’ win was their first in the competition under Jurgen Klopp and first since 2006, winning the FA Cup for an eighth time with only Arsenal and Manchester United having managed more.

Liverpool will again be in pursuit of all available honours this season, having agonisingly missed out on winning an unprecedented quadruple in 2021/22, failing to win the Premier League on the final day of the season and losing the Champions League final.

Klopp has added to his squad this summer with the £64m capture of Darwin Nunez from Benfica, though the departure of Sadio Mane – scorer of 23 goals in all competitions last season – is a loss the Reds will hope Nunez can cover.

Manchester City will begin the season as favourites for the FA Cup, with Pep Guardiola’s side the dominant force in English football after four Premier League titles in five seasons.

City have reached at least the semi-finals in each of the past four campaigns, but have won the FA Cup just once since Guardiola’s arrival at the Etihad in 2016.

However, the arrivals of Erling Haaland, Julian Alvarez and Kalvin Phillips have strengthened an already formidable squad, one which has the talent and depth to go deep into all four competitions this season.

The addition of Haaland in particular is one that has caused huge excitement for the Premier League champions, who have added one of Europe’s leading centre-forwards to a squad already well-versed in winning major trophies.