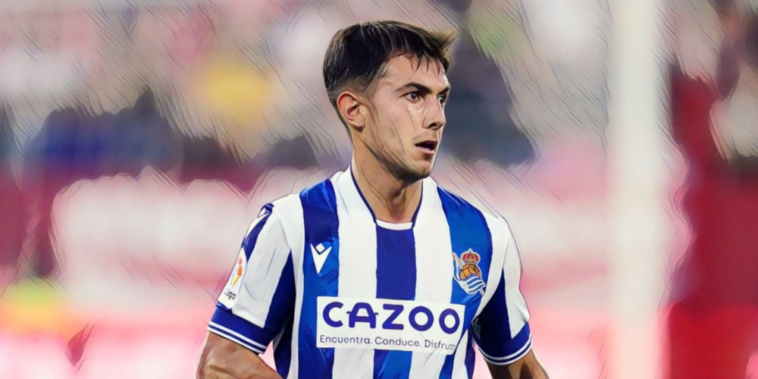 Martin Zubimendi has turned down a move to Arsenal this month despite the club’s interest in the Real Sociedad midfielder.

Arsenal have approached the Spanish side over a deal for Zubimendi and were prepared to meet the 23-year-old’s £52.5m release clause in order to secure a deal in the January window.

Zubimendi has attracted interest from a host of Europe’s top clubs after an impressive emergence at Sociedad, who are third in the La Liga table and chasing Champions League qualification under Imanol Alguacil.

The club’s strong season has hindered Arsenal’s hopes of a deal this month however, with the Mail reporting that Zubimendi is reluctant to leave his boyhood side in their current position.

Any exit is now expected to wait until the summer, when Barcelona and Manchester United could join the race for the Spaniard’s signature.

Barcelona are considering Zubimendi as a potential replacement for Sergio Busquets at the Camp Nou, while United have monitored his progress and came up against Sociedad in the Europa League’s group stage earlier this season.

Sociedad have made an effort to increase Zubimendi’s release clause to a figure of €90m (£79m) ahead of expected summer interest, but the proposal has been rejected by the player and his representatives.