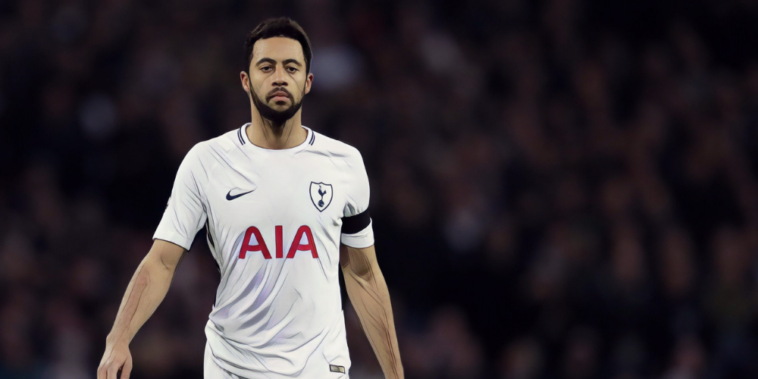 Mousa Dembélé has always been a difficult footballer to categorise in an era in which labels are often sought, his utter uniqueness having perhaps prevented his recognition as one of the Premier League’s best.

Dembélé’s time in English football passed without a major trophy, whilst the statistics behind his period with Tottenham are hardly the numbers that will have his name regurgitated in pub debates in decades to come.

Ask any of those fortunate enough to have trained with, played alongside or coached the Belgian midfielder, however, and their recollections of his talent will leave you in no doubt that Dembélé possessed a maverick genius. For those who were in direct competition with him, the memories and scars are even more vivid.

Dembélé was not specialised as a midfield anchor, nor a box-to-box presence or an advanced creator, he was simultaneously all of those things and equally none, a footballer who glided and pirouetted across Premier League pitches and left opposition in his wake.

There is not a footballer in recent memory who shielded the ball as perfectly from challenges, his combination of balletic balance and sheer strength creating almost a forcefield around him as tackles and opponents bounced from his backside.

Dembélé’s background is as diverse as his footballing talent, born to a Belgian mother and Malian father, his sporting education accelerated after crossing the border to sign for Dutch side Willem II, having made his professional debut for Germinal Beerschot.

Once described by Kevin De Bruyne as ‘the best player in the world’ at 5-a-side football, his talents had been honed in Futsal, where the trademarks of his game – an elite ability to retain possession and the poise to manoeuvre through opposition traffic – flourished.

He spent one season with Willem II before making the move to divisional rivals AZ Alkmaar, where Dembélé soon became an integral part of Louis van Gaal’s improving side.

His first seasons saw Dembélé feature as a forward, though his goals were rather more recognised for their quality than their quantity. Among his best was a sensational solo effort against his former side, leaving a succession of Willem defenders behind as he shuffled and shifted through the gears before firing home.

That season, his third with AZ, saw Dembélé score 10 league goals as Van Gaal’s side were crowned as Eredivise champions. The Belgian and Mounir El Hamdaoui – who was named as Dutch Footballer of the Year – were at the centre of the club’s success.

He remained in the Netherlands for one further season before Premier League interest surfaced, signing for Fulham in a £5m deal.

It was at Craven Cottage that the evolution of Dembélé into one of English football’s finest began, as Martin Jol decided to deploy the forward in a deeper midfield role.

Dembélé revelled in his new position and the freedom of Premier League midfields, proving elusive as he contorted past challenges before freeing those with a greater killer instinct in the final third. For Jol it was a natural move for a footballer whose talents were out of the ordinary.

“In England, a striker has to score, I wanted to take away that pressure. The stupid thing is, at training he banged balls in the top corner without a care. In midfield he was sensational, the one with the ideas, the passing ability but also the best ball winner.

“There is hardly a midfielder who can and dares to beat opponents in midfield like he does.”

Dembélé spent two seasons with Fulham before interest from further up the division arrived, crossing the capital to sign for London rivals Tottenham.

Spurs had seen Luka Modric depart for Real Madrid during the summer transfer window and gambled on the talents of Dembélé, activating the midfielder’s £15m release clause to fill the sizeable void left by the Croatian’s departure.

Dembélé netted on his debut in a 1-1 draw with Norwich, and whilst the goals remained a rarity across his six-and-a-half seasons in north London it failed to prevent the brilliant Belgian from becoming a firm fans’ favourite.

He added another fine effort during a Europa League clash with Lyon, turning an away goals exit into progression with a stunning last-minute equaliser in France.

Whilst his goals were sporadic – just 10 scored across more than six seasons with Spurs – they often proved spectacular and his burst beyond the overpowered Clement Grenier and venomous strike was a reminder of what he was capable of when in the mood.

Across his time with Spurs the side developed into Champions League regulars and contenders for silverware, securing four consecutive top-four Premier League finishes during Mauricio Pochettino’s reign.

Whilst the likes of Harry Kane, Dele Alli, Hugo Lloris and Christian Eriksen claimed greater recognition for their roles in Spurs’ progression, Dembélé was the dancing, devastating destroyer which drove the side on.

At times he appeared almost as if the oldest child in the Premier League playground, swatting aside those who dared to get near him with an effortless ease.

Such was his dribbling talent, he once went six months without being dispossessed in a Premier League fixture, before Sunderland’s Didier Ndong eventually halted his unbroken run. He was unconventional and often unstoppable.

There was a smoothness about his transitions with the ball glued at his feet, rarely moving out of first gear as he almost walked past opposition players. Should he meet an obstacle in his path to the final third, it was navigated with minimal fuss – a sharp shift to his favoured left foot or a trademark roulette and burst of acceleration away into the distance.

Dembélé’s unrivalled ability to shield possession resembled a magnificent magnetism, an invisible barrier that saw some of the Premier League’s best midfielders ricochet from the marauding Belgian.

“In the middle of a match, I told him what I thought. ‘How do you do what you do? You front me up, I think I am going to tackle you and you manipulate the ball and move it so quickly.’ He was laughing.”

The Tottenham team of that era will be fondly remembered in north London despite their failure to turn talent into tangible trophies, coming close to Premier League success with three top-three finishes, including as runners-up in 2016/17.

He was at the centre of the now infamous ‘Battle of the Bridge’, where the usually laid-back midfielder was guilty of an eye-gouge on Diego Costa as Spurs’ title hopes ended at Chelsea, showing there was occasional fire to go alongside the finesse

Pochettino’s side also reached the Champions League final in 2019, but the departure of Dembélé mid-season had prevented the Belgian from having the chance to compete for club football’s biggest prize.

It was a similar story of near misses at international level where Dembélé formed part of Belgium’s ‘Golden Generation’, one which ultimately failed to end the nation’s wait for silverware despite the talent at their disposal. Wesley Sonck – a former teammate with the national side – even suggested that Dembélé possessed greater quality than both Eden Hazard and Kevin De Bruyne.

He signed for Chinese Super League side Guangzhou City F.C. as he body began to fail him in England, a career spent receiving hacks to the ankles and tugs to the shirt having finally taken its toll.

With his exit saw Spurs lose one of their best of the modern era, the footballer’s footballer who Pochettino placed alongside the very finest he had seen.

“He is this type of player I put next to Ronaldinho, Maradona, [Jay-Jay] Okocha – players that I was lucky to play with. For me, he is one of the unbelievable talents in the history of football.”

Tottenham fans have been fortunate to watch some stellar midfielders during the modern era, from the maverick of Paul Gascoigne to the technical touches of Luka Modric and free-floating widemen in Glenn Hoddle and David Ginola.

There remains a special place in the affections of the north Londoners for Dembélé, however, the twisting and turning midfield monster with the strength of an ox and the feet of a ballerina.