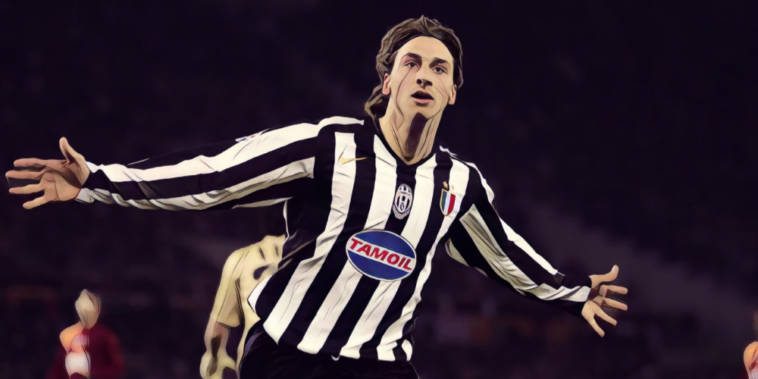 Zlatan Ibrahimovic’s career has often looked like a roll call of European football’s superpowers, a collection of clubs at the very pinnacle of the game.

After starring at Malmo and Ajax he made his first move to a major European league after signing for Juventus, enjoying a fine debut season to be named as Serie A’s Foreign Footballer of the Year and winning back-to-back league titles – though both were subsequently revoked.

Ibrahimovic formed part of an attacking compliment featuring David Trezeguet and Alessandro Del Piero, the Bianconeri one of Europe’s best sides during the mid-2000s.

It may have ended in a messy departure, but Ibrahimovic later credited his time at Juventus as the making of him with the Italian side ingraining a winning mentality into the forefront of his consciousness.

He scored 26 goals across his two seasons with the Turin giants before moving to Inter Milan, and we’ve decided to look back at some of Ibrahimovic’s best goals in a Juventus shirt.