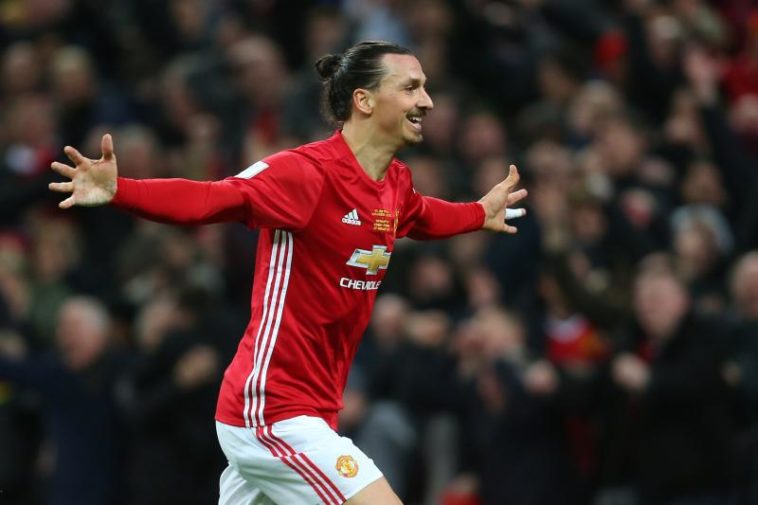 Zlatan Ibrahimović was Manchester United’s saviour once again as he won his 32nd trophy of his illustrious career.

The God of Manchester. That’s certainly what Zlatan Ibrahimović became after Sunday’s final – if he had not already seen himself as that before. His two goals in the EFL cup final took his tally to 26 for the season, and the Swede could and should actually have more.

Not too many players have stood out for United this season, and for once David de Gea is not one of them. Ander Herrera has been marvellous, and Henrikh Mkhitaryan and Paul Pogba have shown their class at times – but it is the 35-year-old who has really stood out for the Red Devils on a consistent basis.

“He was the difference”, Jose Mourinho claimed after the game. And indeed, he was. The man United look to when things aren’t going well – he is now their leader that United have dearly missed. Wayne Rooney may be a great leader off the pitch, but on the pitch, there is no better leader than Ibrahimović.

The example that springs to mind is after Jesse Lingard’s goal on Sunday. Ibrahimović is surrounded by his team-mates but not necessarily celebrating, but passing on instructions and seemingly calming the team down. United hadn’t been at their best and he knew it. United may have let their lead slip, but Ibrahimović stepped up when necessary.

There was a point in the season where many were quick to write him off. I for one, remember writing that one goal and the towering Swede will be back. That was before the Swansea game, and then he he scored two. Since then, Ibrahimović has netted 18 times, a remarkable record. His goals have influenced all those games yes, but eleven times he has been the catalyst in those specific games.

Goals are important in a striker, but it is the influence the Swede has in other departments that makes him invaluable to United and Mourinho. Leadership yes, but his hold-up play at times was excellent, as was his defensive duties from set-pieces, where Southampton’s deliveries were outstanding all afternoon.

Before scoring the winner, Ibrahimović influenced play at the other end by heading away on two occasions from Southampton corners. When breaking away, he knew he did not have the pace that Marcus Rashford and Anthony Martial obtain to run away from the defender. Instead, he held up play, let his team-mates catch up and smartly move away from play to power the ball past the helpless Fraser Forster.

Question marks still exist over whether he will be at United next season. It is clear as daylight that fitness does not seem to be an issue – he has played more minutes than any other player this season for United. Not once in a game has he looked heavy legged or shattered – noticeably when he tracked back on Sunday in stoppage time when Martial was out of position. If he does decide to leave, United will have a big task of replacing him.

The man is a winner – he replicates the work-ethic of his manager. Wherever they go, they win. The ‘second trophy of the season’, Ibrahimović sees it as after winning the Community Shield for United.

He came to United to win, and it has taken him until February to win two. United may not win the league this season, but there is no reason why they cannot win at least another trophy this season.

With the right recruiting in the summer, with the team still learning to play under Mourinho, Ibrahimović most definitely can lead Untied to bigger things next season. United’s new Eric Cantona – The God of Manchester.