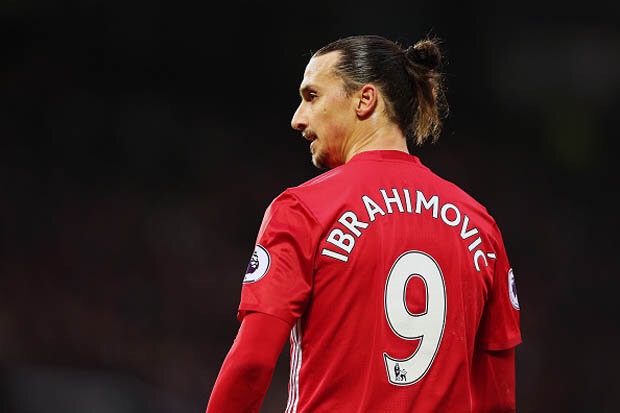 Zlatan Ibrahimovic. 35 years old, 43 appearances, 28 goals this season. Quite astonishing numbers. But should he stay at Man Utd, or continue his glittering elsewhere?

Firstly, the thought of writing a story about potentially letting a striker leave the club after scoring 28 goals with potentially 13 games to go, seems quite ludicrous. But it is the question on everyone’s lips, and I can also see why.

Zlatan recently described himself as Benjamin Button, claiming that he was born old and will die young. Whether he is getting better or not is not for me to say, but the stats speak for themselves. The man, if indeed he is a human being at all, is a machine.

Since the Swede celebrated his 30th birthday, he has scored 250 goals in 308 appearances. He has played in 27 of Manchester United’s 30 Premier League games this season, playing every single minute of football. The other three games he was either injured or suspended.

Despite scoring 28 goals already, Zlatan will probably be disappointed that it isn’t more. It should be more. He has had goals wrongly ruled out for offside, faced ‘keepers having the game of their lives, as well as missing a penalty against Bournemouth.

Anything is possible, almost

He can do just about anything on the football pitch though. Headers, volleys, tap ins, long range strikes, crosses, hold up play. Almost anything is possible to Zlatan

As I say, almost anything is possible to Ibrahimovic. One thing that Zlatan does not offer, is pace. No great surprise for a 35-year old. Wayne Rooney is 31 and he has no pace now either. Zlatan has hardly ever had any but United knew this when they signed him last summer.

Pace isn’t everything in the game. Zlatan has none, yet has still single handedly carried this United side at times this season.

Much has been made of United’s home record this season. Fans up and down the land have revelled in United’s long unbeaten run, now 21 League games, yet spending most of it in sixth!

Yes, it’s not good enough, but sometimes those kind of stats dont tell you the whole story.

Of those 21 games, United have drawn against Everton twice, Liverpool, Arsenal, Stoke, West Ham, Burnley, Hull, West Brom and Bournemouth. A club of United’s stature should be winning at least six or seven of those games. And after attending most of them, I can tell you they should have won them.

If they had won six of those games games, they would have an extra 12 points. They would be in second place in the League on 69 points, six behind Chelsea with a game in hand and with the Blues to play at the weekend. They would be title challengers!

I also recently read an article that said if all of the shots that hit the woodwork had actually gone in, United would be second. Fine margins indeed, but they didn’t go in and we are where we are! However, there is no use crying over it, we have to get on with it and hope we qualify for the Champions League regardless.

If United had won those games and were in second, I don’t think anyone would even be having discussions about Zlatan or his future. He would he signed up already. It is only due to this so called poor season that we are talking about it.

Why would you let him leave?

Despite his excellent stats, I wouldn’t say he has had a phenomenal season. What he has brought to the team in terms of goals, leadership, experience and personality is invaluable.

Yes, he can’t go in forever, no matter what he thinks in his mind. Yes he does hinder the play at times due to his lack of pace. But yes, I think he should stay at the club beyond the summer in my opinion

Mourinho clearly likes to have two players per positon, and at the minute, I’m still not convinced the squad is not fully balanced.

With Zlatan’s lack of pace, that speed of play needs to be provided around him. Martial and Rashford have it in bucket loads, Mkhitaryan is deceivable nippy too. Valencia and Shaw at full back are also quick players, but that’s about it. Preferably I like to see Mkhitaryan play down the middle, where he had his best days at Dortmund. He has done his best work for United there too. Lingard is a quick player, but he is a squad player in my eyes rather than first choice.

If United could get a little more pace down the right wing, this could see our sometimes predictable attack unleash its full and devastating potential. A player like Alexis Sanchez or Willian down the right, could really compliment this United side and help to get the best out of our number nine.

Mourinho should not be afraid to drop Ibrahimovic. Not because he has deserved to be dropped, but because the game demands it. In the game against Middlesbrough, when Zlatan was suspended, Rashford led the line. No he didn’t score, but he stretched the Middlesbrough defence with his runs in behind and had the defenders tied in knots!

There has been much talk about signing Antoine Griezmann, and yes he is a wonderful player, and in Zlatan’s absence he would provide that same pace in behind. However, having pace to get in behind is all good and well, providing that the opponent gives you that space to run into.

You can’t deny what Zlatan brings to the team. Just because he can’t run in behind all day long, it doesn’t mean he should be shipped off on the first plane to China. He has a lot to offer and he should continue to offer it to United for at least one more season.

If you are interested in writing about football and you want to write articles about your club, please join our writing team.