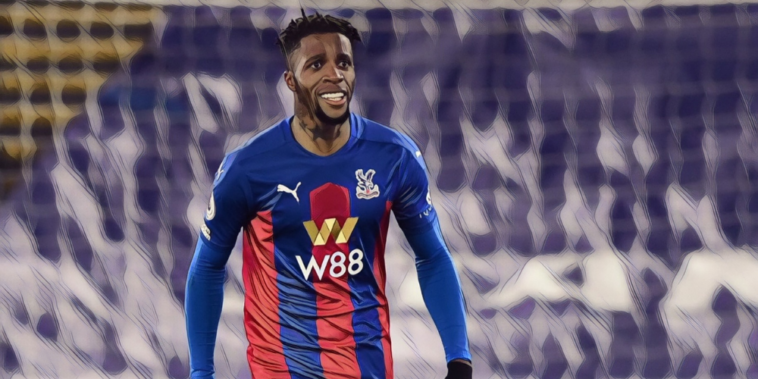 Wilfried Zaha has reiterated his desire to leave Crystal Palace this summer, after twice previously requesting a transfer from his boyhood club.

Zaha has made no secret of his desire to test himself at a higher level and has asked to leave Selhurst Park in each of the past two summers, interest particularly strong in the Ivorian in 2019 with Arsenal and Everton both interested.

Everton were understood to have tabled a sizeable offer that included both James McCarthy and Cenk Tosun in exchange two years ago, though Palace’s demands for a deal worth around £100m ended any hopes of Zaha leaving.

According to the Times, the 28-year-old remains determined to leave this summer and will once again push for an exit, though the forward’s options are not clear at present given the current financial climate.

Major changes are expected at Palace this summer with the club yet to appoint a new manager following Roy Hodgson’s decision to step down, whilst the Eagles also have a wealth of players out-of-contract from July 1.

Zaha’s exit could raise possible funds for a new manager to invest into a squad in need of an overhaul, though the Eagles will owe 25% of any profit over £6m to the forward’s former club, Manchester United.

Several names have been linked with the vacant managerial position at Palace in recent weeks, including Frank Lampard, Eddie Howe, Nuno Espirito Santo and Steve Cooper.

As for Zaha, a report a last week linked Everton with a renewed interest in signing the forward as well as Spurs, though both sides are also currently without a manager and any interest could depend on the relevant appointments at each side.