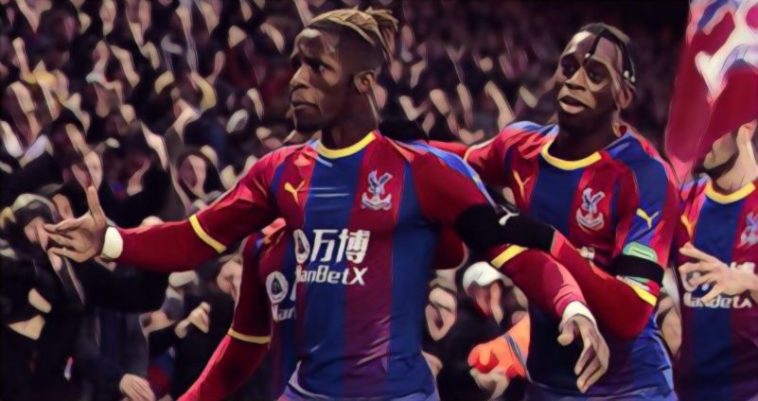 Wilfried Zaha has admitted that he wants to play Champions League football following speculation linking him with a move to some of the Premier League’s top six.

The Ivory Coast international has consistently been the top performer for Crystal Palace ever since making his Selhurst Park return in 2015.

He did of course leave the Eagles back in 2013 to join Sir Alex Ferguson’s Manchester United, although by the time he arrived at Old Trafford, the great man had retired and had been replaced by David Moyes.

His time in Manchester was a spectacular failure though, making just four appearances for the Red Devils before being loaned out to Ole Gunnar Solskjaer’s Cardiff and eventually sold back to Palace by Moyes’ replacement, Louis van Gaal.

The winger has recently been linked with a potential move to Arsenal and surprisingly, a return to United, and the 26-year-old has outlined his intention to experience the pinnacle of European football.

“For me to be better, to achieve what I know I am capable of, I have to aim to play at the very highest level, to win trophies,” Zaha told the Daily Mail.

“I’m blessed to have come this far in my playing career. But I feel like there is so much more I have to offer.

“I have to experience the Champions League. I just need the opportunity, that’s it. And I’ll do the rest.”

Zaha has also been linked with moves to Chelsea and Spurs in recent years, while Borussia Dortmund were linked back in January as a possible replacement for the Stamford Bridge bound, Christian Pulisic.

It is claimed that while Palace are reluctant to lose their star player, they could be tempted to cash in if they receive an offer in excess of £50m.