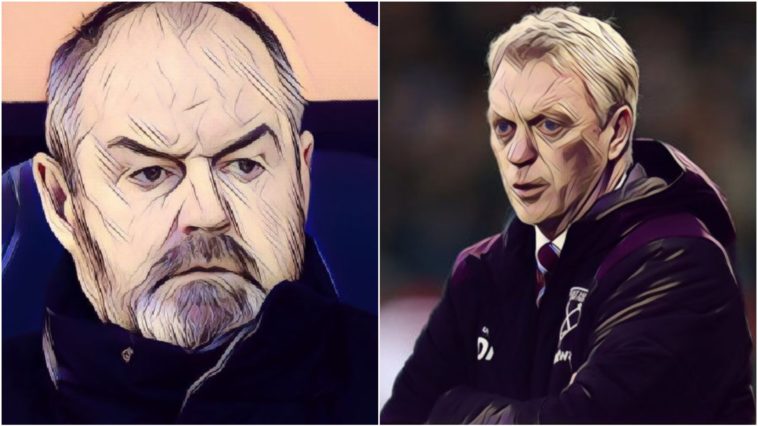 Alex McLeish was relieved of his duties as Scotland boss yesterday after a miserable 14 months in charge, but who is the favourite to take over as Scotland manager? Fear not, we’ve taken a look at the latest odds.

The Aberdeen manager has built a reputation as a good manager during his six years at Pittodrie and has often been linked with a move South of the border for vacancies in the English Football League.

The former midfielder has steered Aberdeen to their first trophy in almost two decades during his first season when they won the League Cup, before reaching two cup finals in 2016/17 although were beaten by Celtic on both occasions.

He has also taken the Dons to three second-placed finishes in the Scottish Premiership, although couldn’t quite steer them into the Europa League group stages.

Ahhh there he is! Whenever there is a managerial vacancy, you can be sure Big Sam’s name won’t be too far away. The perennial job hunter has been out of work for almost a year after being sacked by Everton last summer and has always talked up his ambitions of managing in international football.

He did of course have that infamous spell as England boss in 2016, but was sacked after just two games for his part that undercover sting in regards to getting around Premier League transfer rules.

Could another spell on the international touchlines be in on the horizon?

Most notably earned himself a reputation as an excellent number two during his spells at Chelsea and Liverpool, but in what is a rarity in football, has made the successful transition to become a good number one as well.

Now at his boyhood club Kilmarnock, he has steered the Killies to third in the Scottish Premiership, picking up a number of notable results against Steven Gerrard’s Rangers, winning one, drawing three and losing just once this season.

He has recently been linked with a return to England with already relegated Fulham, but would a chance to manage his country be too good to turn down?

Having impressed at Watford and Cardiff, Mackay has been somewhat in the managerial wilderness since leaving Wigan back in 2015, where he instead went on to become the Scottish FA’s technical director.

He did return to the touchlines for a six-month spell as Scotland’s interim manager in 2016, but only took charge of one game, a 1-0 defeat to the Netherlands.

Another man who has seemingly been on the managerial merry-go-round for the last few years. After leaving Everton in 2013, Moyes has struggled to make much of an impression in any of his four jobs since leaving Goodison Park.

The 55-year-old failed spectacularly during his nine-month spell in charge of Manchester United and managed to get Sunderland relegated from the Premier League. He did, however, manage to steer West Ham away from the threat of the drop last season, although the Hammers decided against extending his stay in East London.

He has since been overlooked for a whole host of jobs in the Premier League and Championship, and would likely jump at the chance to lead his country – if given the chance.

While Moyes was the early bookmakers favourite to land the job, Gemmill has taken over to become the overwhelming odds-on favourite with most bookmakers.

The former midfielder is thought to be highly rated within the Scottish FA following his work with the Under 21 side, where a number of his young players have made the step up to the senior side including Ryan Fraser and Callum McGregor.