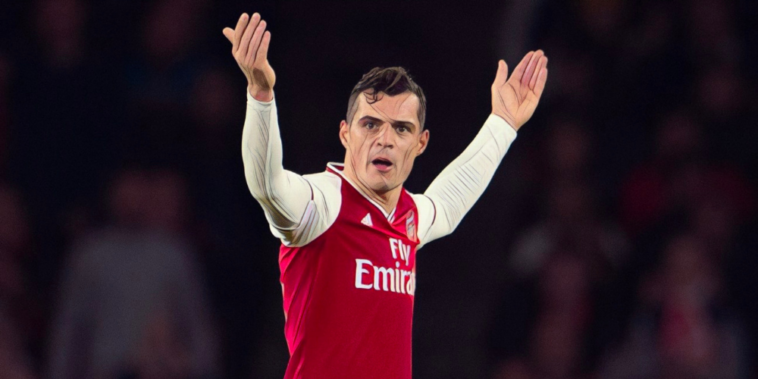 Granit Xhaka has opened up on how close he came to leaving Arsenal and admits he was ‘done’ with the Gunners following his fall-out with the fans.

Xhaka was removed as club captain following an angry reaction to the home supporters during a 2-2 draw with Crystal Palace in 2019, with the midfielder cupping his ears and throwing his shirt to the ground after his substitution was greeted with jeers at the Emirates.

The incident saw Xhaka linked with an exit from North London, but he remained at the club and regained his place in the side following the arrival of Mikel Arteta as manager.

The Switzerland international has now reflected on a difficult time and admits he was desperate to leave Arsenal in the aftermath of the incident.

“I was done with Arsenal. Finished. There was a contract on the table from another club, and all I had to do was sign,” he told The Players’ Tribune.

“When I close my eyes now, I can still see their faces. I can see their anger. It’s not that they don’t like me. No, it’s different. This is hate. Pure hate. I am really not exaggerating this.”

Xhaka was linked with a move to Roma, but remained at Arsenal after Arteta replaced Unai Emery as manager later that season.

The 29-year-old believes he made the right decision to stay at the Emirates, but accepts his relationship with the Arsenal fans will never be the same.

“Mikel and I didn’t speak about my future again, because after six months I was happy. Today, I know I made the right decision, absolutely, because I’m still here.

“But I can’t pretend that my relationship with the fans will ever be the same, because that moment will always be in my heart.

“It’s like broken glass, you know? You can piece it together, but the cracks will always be there.”