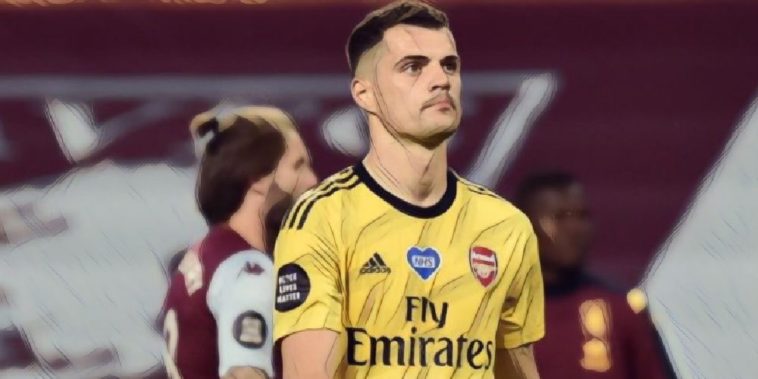 After victories over Liverpool and Manchester City in the past week, Arsenal were handed a reality check at Villa Park, Trezeguet scoring the only goal of the game as the Gunners crashed to defeat against Dean Smith’s struggling side who clambered out of the relegation places on goal difference.

The defeat ended the north London side’s hopes of securing European football via their league position and raises the pressure ahead of next week’s FA Cup final meeting with Chelsea, with Xhaka criticising his side’s approach to the game following their impressive recent results.

“In my opinion, you can’t come here and play like this. It’s not good enough and you can’t play with this mentality,” Xhaka told reporters, as per the Evening Standard.

“It was not enough to take something from today, and we knew if we won today, the last game if we won as well we could have got into the Europa League.

“Yes, we have a gameplan and we know they (Aston Villa) are very strong on set-pieces, but we did too many fouls near our box, too many corners against them and we didn’t play our gameplan.

“They were more aggressive than us and deserved it.”

Arsenal next host Watford on the final day of the Premier League season before their cup final meeting with London rivals Chelsea at Wembley on August 1, the Gunners already condemned to their lowest league position since 1995.