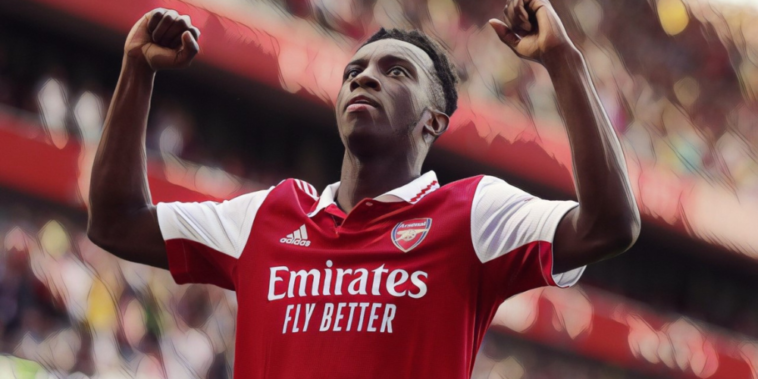 Granit Xhaka has backed Eddie Nketiah to fill Gabriel Jesus’ role at Arsenal, with the forward facing an extended spell on the sidelines.

Jesus is back in London and has undergone surgery after sustaining a knee injury in Brazil’s 1-0 defeat to Cameroon that has ended his World Cup campaign and is facing three months out.

The 25-year-old has been a key figure in Arsenal’s rise to the top of the Premier League and Xhaka said he hopes the forward can make a swift recovery.

“I spoke with him straight after the Cameroon game. We have contact (with) each other, with all the players we have here in the World Cup,” he said, as per The Athletic.

“It’s a shame because you saw in the first round of the Premier League how important he is for us. I don’t know how big the injury is, maybe two or three months, I think. But he is a strong guy.

“It’s a small injury for him I think, and we will support him. He knows that we are behind him and hopefully we can get him back as quick as possible.”

Eddie Nketiah is expected to replace Jesus in the side, with the forward having been restricted to substitute appearances in the Premier League so far this season.

Xhaka, however, has backed the academy product to fill Jesus’ role in the team and says Nketiah will have an important part to play in the club’s season.

“We have the option with Eddie, of course. He showed great games as well in the past and we need to support Gabi first.

“We need to support Eddie as well, because he will be a big, big part of the next two or three months.

“But I am looking forward to it because we have the quality to bring Eddie there and to help him.”