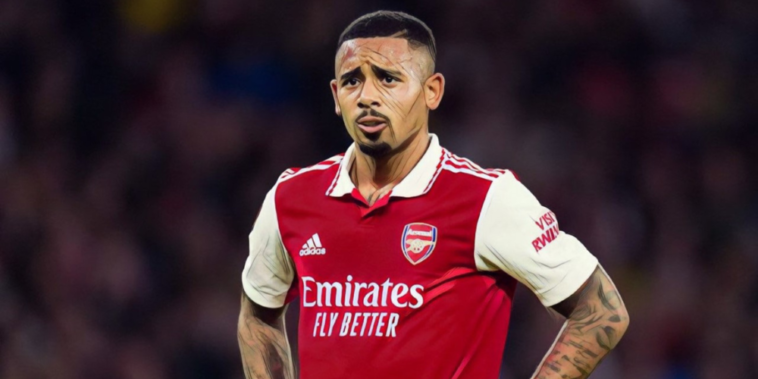 Arsenal have been dealt a blow after it was confirmed that Gabriel Jesus will require surgery for the knee issue he sustained at the World Cup.

Jesus is back in London after sustaining a tournament-ending injury in Brazil’s 1-0 defeat to Cameroon, with scans having revealed that the forward has suffered suspected medial ligament damage.

It had been hoped that the 25-year-old would not require an operation, though the club have now confirmed that the striker has now had surgery and is starting his rehabilitation.

“Gabriel Jesus has successfully undergone surgery to his right knee after suffering an injury during the Brazil v Cameroon World Cup group stage match on Friday,” a statement reads.

“Everyone at the club is supporting Gabby and will be working hard to get him back on the pitch as soon as possible.”

While the club haven’t put a timeframe on his potential return, the Telegraph reports that he could face around three months out.

The news will come as a major blow to the Gunners, who are five points clear at the top of the Premier League table.

Jesus’ absence leaves Arsenal short of depth at centre-forward, with the summer arrival having had an integral role in the club’s start to the season since signing from Manchester City. Jesus has scored five goals and provided five assists in 14 league appearances during the current campaign.

His extended absence could accelerate plans to add a forward during the January transfer window, with Eddie Nketiah is the only recognised option to replace the Brazilian at number nine.