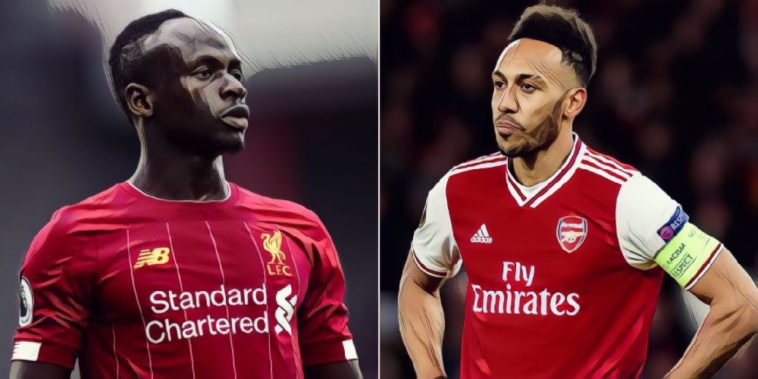 Xavi has questioned the suitability of Pierre-Emerick Aubameyang and Sadio Mane to Barcelona’s style of play amid reports linking the club with the Premier League duo.

Barcelona are believed to be interested in adding to their attacking options this summer and have been tentatively linked with moves to sign Arsenal‘s Aubameyang and Liverpool star Mane, as well as Inter Milan’s Lautaro Martinez.

Despite the reports, however, former Barca great Xavi has questioned whether either player would be suited to the club’s preferred style of play, insisting the Catalan’s require a player who can flourish in ‘small spaces’.

“Mane and Aubemayang can kill you in open space. But Barcelona need players who know how to move in small spaces,” Xavi said, according to the Metro.

“I am thinking about player who would adapt to Barcelona and it’s not easy to find one. Samuel Eto’o was perfect as is Luis Suarez right now.”

Another player who has been linked with a move to the Camp Nou is former Barcelona star Neymar, the Brazilian having spent four successful seasons with the Spanish giants before a world-record move to Paris Saint-Germain in 2017.

Xavi played alongside the forward during his time at the club and believes he is amongst the finest players in world football at present, backing Barca’s reported interest in resigning the 28-year-old this summer.

“Football-wise, he is among the three or five best in the world,” he said. “I hope that he returns to Barcelona. He would add a lot. A positive character. It would be an extraordinary signing to become a difference-maker.”