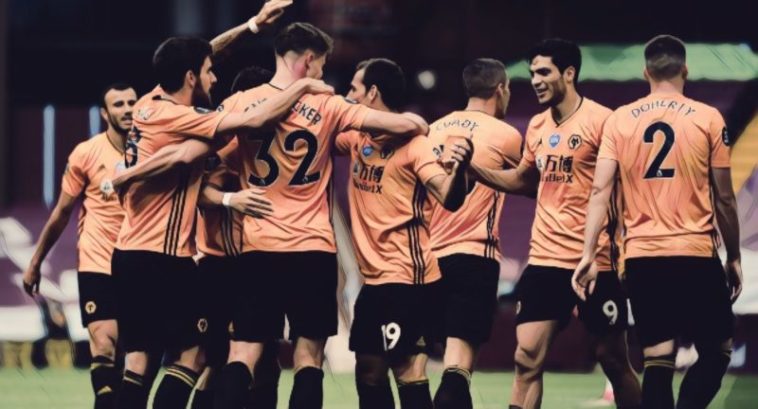 Wolves kept up the pressure on their rivals for the top four by beating Aston Villa 1-0 earlier today at Villa Park.

While Villa boss Dean Smith could not fault his players in terms of their work-rate, they looked painfully short of a cutting edge in the final third throughout, and it always felt as if the additional quality of Midlands rivals Wolves would shine through.

And so it was, Belgian midfielder Leander Dendoncker’s fine left footed finish from the edge of the area on 62 minutes making it three wins from three since the Premier League restart for Nuno Espirito Santo’s men.

Speaking afterwards Wolves boss Nuno was pleased the effort of his players and reserved special praise for goalscorer Dendoncker.

“Happy with the hard work of the players,” Nuno told the BBC.

”But we did not start well. We were not able to have our possession. We won a lot of second balls which was important in this game. The aim of the second half after we scored was to hold on and stay compact but after that we did not create many chances.

“I’m very happy for Leander Dendoncker, he gives so much to us and he truly deserves this moment.”

The win sees Wolves leapfrog Man United into fifth, two points behind fourth place Chelsea, and in his interview with BT Sport, Nuno admitted that while his side are dreaming of Champions League football, they are very much taking a game by game approach.

“It is nice to dream. Everyone dreams but we also have to be realistic. We have some tough games coming up, but it is good, we took nine points from nine. We just have to do our best game by game.”