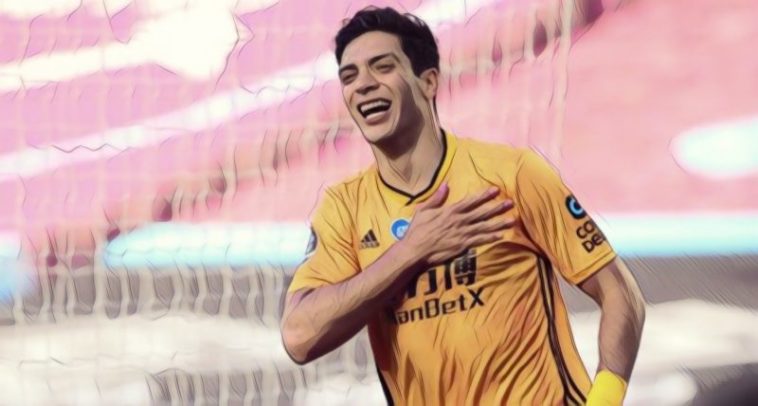 Premier League football’s long-awaited return has delivered a fascinating couple of rounds of fixtures, with plenty to play for at either end of the division ahead of what is likely to prove an enthralling run-in.

Top flight sides have endured mixed fortunes since the restart, but we’ve decided to look at the clubs to have impressed most in the initial stages of the season’s resumption.

Here are six clubs who will be delighted after the Premier League‘s restart:

Manchester United were enjoying their best period of the season prior to the enforced break in the campaign, registering an 11-game unbeaten run before the season was halted by the coronavirus pandemic.

Ole Gunnar Solskjaer will have been pleased to see his side continue that momentum after returning with four points from a difficult opening two fixtures of the restart, securing a point at Tottenham before comfortably dispatching Sheffield United at Old Trafford.

The club’s hopes have been boosted by the returns from injury of Marcus Rashford and Paul Pogba, the latter having impressed following an injury-hit campaign and showing signs of a promising understanding with impressive mid-season signing Bruno Fernandes.

United remain fifth and five points adrift of the Champions League places, but have a strong chance of catching Leicester and Chelsea with a straightforward looking run-in and a home clash against the Foxes on the final day of the season.

More quick maths for you… 🧮🔢

Two wins from two for Frank Lampard’s Chelsea, with a hard-fought victory over second-placed Manchester City ensuring the west London side regained their five-point cushion over the chasing pack in the race for Champions League football.

Chelsea have been surrounded by optimism of late following the impending arrivals of Hakim Ziyech and Timo Werner, and the club’s fine form since the restart will have further pleased the Blues’ supporters.

Christian Pulisic’s return from injury has been a welcome boost and the US international has scored in both fixtures thus far, whilst Willian has also been in impressive form despite ongoing uncertainty regarding his long term future at Stamford Bridge.

Chelsea have moved within just a single point of third-placed Leicester, and will now be targeting a top three finish and FA Cup progression over the remainder of the campaign.

Tottenham’s fortunes look much more favourable this side of the restart after seeing several players return to full fitness, an injury-ravaged side having failed to win in six fixtures prior to the season’s hiatus.

A draw with Manchester United was followed by victory over West Ham, the north London side rising to seventh and seeking to climb further as they aim for continental qualification.

The return of Harry Kane – who scored his first goal since a serious hamstring injury against West Ham – has been a huge positive, in addition to the recoveries of Son Heung-Min and Moussa Sissoko from serious arm and knee injuries respectively.

Hugo Lloris’ improved form in goal after an indifferent couple of seasons has also proven timely, Jose Mourinho unlikely to give up on Champions League football just yet with seven games of the campaign remaining.

Brighton looked in serious danger of dropping into the second tier ahead of the Premier League’s restart, the club narrowly outside the division’s relegation places and facing the most difficult looking run of fixtures.

The Seagulls, however, have started brilliantly to give themselves breathing space from the bottom three, snatching a late victory over Arsenal before battling to a goalless draw at top four hopefuls Leicester.

Graham Potter’s side currently sit six points clear of the drop ahead of a meeting with in-form Manchester United at the Amex Stadium, and are perhaps just two victories away from ensuring survival.

With clashes against fellow strugglers Norwich and a home meeting with a Newcastle side all but assured of safety still yet to come, Brighton will be confident of doing enough after hitting form at just the right time.

The club’s early involvement in the Europa League means Nuno Espirito Santo’s side have already played 50 competitive fixtures so far this season, with their remarkable ability to continue winning a testament to a squad lacking the depth of several of their competitors.

Ruben Neves boldly declared the side were eyeing Champions League football ahead of the league’s run-in, and with a strong set of fixtures and recent momentum few would bet against the Midlands side reaching Europe’s elite.

Much of those hopes may depend on Raul Jimenez, the Mexican having scored in both fixtures of the restart so far and currently on 24 goals in all competitions ahead of this weekend’s meeting with relegation-threatened Aston Villa.

No side will be more pleased to have seen Premier League football return than Liverpool, the runaway league leaders surely having been concerned amid potential speculation surrounding the season’s curtailment.

Those fears are now firmly in the past after Jurgen Klopp’s side were crowned as champions of England for the first time in three decades on Thursday night, their four points since the restart – coupled with Manchester City’s defeat at Chelsea – seeing the Reds secure a maiden Premier League title.

Liverpool’s triumph comes with a record seven games remaining and the club now have a whole host of records within their sights ahead of the league’s run-in, including registering the most wins and most points ever recorded in a Premier League campaign.

Whether Klopp seeks further history or assesses his options ahead of next season remains to be seen, but the Reds can enjoy their football regardless over the remainder of the campaign as the red half of Merseyside celebrates a long-awaited title triumph.