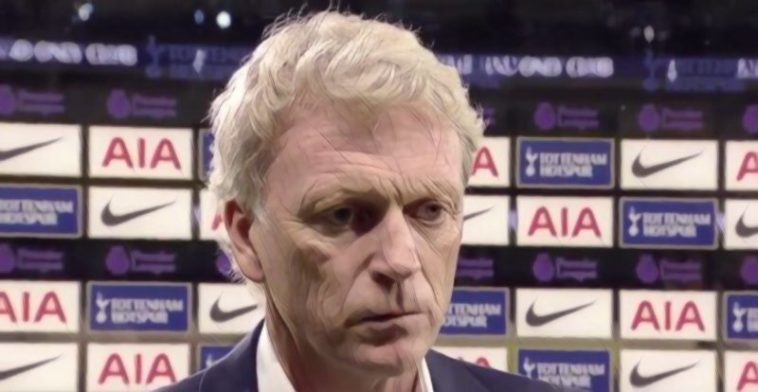 After an absence of 100 days the Premier League made its return last week and after the opening rounds of fixtures we’ve decided to assess the state of play throughout England’s top tier.

There remains plenty to play for at either end of the division but there are several sides who will undoubtedly be concerned following indifferent beginnings to the restarted Premier League season.

Here are five clubs who have made woeful Premier League restarts:

Victory over Southampton on Thursday night may have been a morale boost to Mikel Arteta’s side, but three points at St Mary’s fails to paper over the cracks of a disastrous Premier League restart.

The Gunners began with a thrashing at Manchester City in which David Luiz produced a nightmare of a performance, the Brazilian somehow later rewarded with a new contract despite a cameo performance labelled by some as the worst individual showing in Premier League history.

Luiz’s contract extension was the latest indication of the north London side’s lack of ambition or direction, the centre-back is experienced but error-prone and hardly the dependable defender on which to reply.

Familiar flaws were also exposed during an embarrassing defeat to relegation-threatened Brighton, throwing away a lead to crash to a last-minute defeat with the club’s lack of leadership and defensive deficiencies once again evident.

Then they played Arsenal. pic.twitter.com/pfh4UyQXJQ

Injuries to Pablo Mari, Granit Xhaka, Bernd Leno and Gabriel Martinelli have further dampened the mood, Arteta now fully aware of the huge rebuilding task facing him at the Emirates.

Five of the worst individual displays in Premier League history

Is Bournemouth’s five-year spell in the Premier League be heading to an end?

It’s beginning to look bleak for Eddie Howe’s side after restarting the campaign with consecutive losses, failing to score in back-to-back defeats to Crystal Palace and Wolves respectively.

Fortunately for the Cherries their relegation rivals have also struggled to put points on the board, but the insipid displays of the Bournemouth side leave little hope for a late season revival.

Eddie Howe gets plenty of praise but now is the time to show he is as good as lots of people seem to think he is.

Ryan Fraser’s decision to leave the club on a free transfer and walk away from the Vitality Stadium is a huge blow, with the Scotland international refusing to sign a short-term extension to aid the club’s survival bid.

His creativity will be sorely missed in a side which has struggled to score goals on occasions this season, and Wednesday’s home clash with Newcastle shapes as a huge fixture ahead of a daunting looking run-in.

Time is also running out for Norwich to mount a late charge to safety, the division’s bottom side six points from safety and possessing the worst goal difference in the Premier League.

The Canaries attacking style has been hindered by a catalogue of defensive errors, with only Aston Villa having conceded more than their 56 goals to date.

An over reliance on Teemu Pukki for goals has also proven costly, the Finland international goalless in seven league fixtures and one of just two players – alongside Todd Cantwell – to have scored more than one Premier League goal this season.

Back-to-back defeats since the restart – including a humbling 3-0 home loss to Southampton – has done little to raise optimism around Carrow Road, last season’s Championship winners seemingly needing a miracle to avoid a swift return to the second tier.

Aston Villa may have shown some spirit in their performances against Sheffield United, Chelsea and Newcastle since the restart, but the struggling side require more than two draws and a defeat if they are to clamber away to safety.

No side has conceded more goals so far this season, but goals have also proven elusive with captain Jack Grealish without a goal or assist in his last five appearances either side of the season’s suspension.

Villa’s over reliance on their home-grown hero has been well-documented, and Dean Smith will hope the returning John McGinn can help alleviate some of the pressure on Grealish’s shoulders.

Villa face sides currently in the top six in each of their next three fixtures, and must find a way to secure three points and quickly after a run of seven Premier League fixtures without a win.

Sheffield United’s sensational season is in danger of fizzling out following a disappointing restart to the Premier League season, the Blades winless in three fixtures and dropping to eighth as a result.

Chris Wilder’s side have scored the least goals of any side in the top half with the exception of Crystal Palace, but he will no doubt be more worried about his side’s notoriously strong rearguard beginning to leak goals.

“I have never questioned their honesty, and never will. The players are below par.

They’ll be hurting as much as we all are because it’s not the standard that we’ve set.”

United have shipped three goals without reply in back-to-back defeats to Newcastle and Manchester United, and will need to revert back to basics as they bid to secure an unlikely place in Europe next season.

Wilder’s side face Tottenham on Thursday night before meetings with Wolves, Chelsea and Leicester in their next five fixtures, a run of games that will determine the final heights of an unforgettable season to date.

A brand new state-of-the-art stadium and significant investment was supposed to usher in a new dawn at West Ham, but four years later the move has sucked the life out of a club famed for its passionate fanbase.

Expensive investments in the likes of Sebastien Haller, Felipe Anderson and Pablo Fornals have failed to take the Hammers onto the next level, with David Moyes’ side facing the realistic prospect of an ignominious relegation.

The writing appears on the wall for a West Ham side who have suffered consecutive defeats without scoring since the restart, the re-appointment of a supposed fire fighting specialist in Moyes having failed to stop the rot.

David Moyes has been West Ham manager for 11 league games. Here is the form guide for the last 10 games.

If only our useless board could have appointed a half decent manager, instead of going for the cheap option…. pic.twitter.com/qF0aspZzwa

An expensively assembled squad seems void of any fight in the battle to beat the drop, and relegation could have catastrophic consequences for a side who began the season with ambitions of reaching Europe.

West Ham do have winnable remaining fixtures against fellow strugglers in Norwich, Watford and Aston Villa in their final four games, but do the side have the character to handle the pressure of relegation battle?