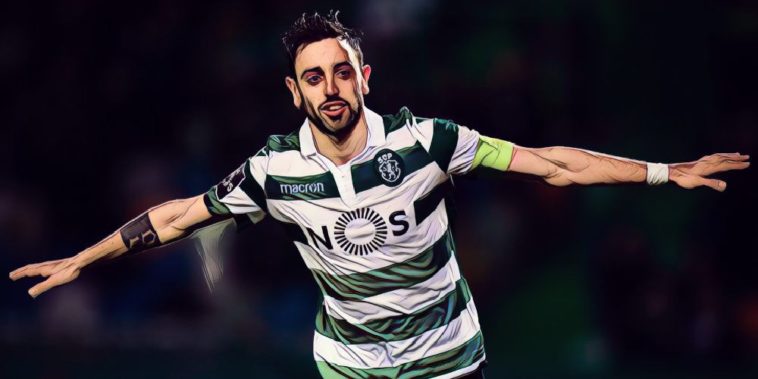 Reports claiming that Manchester United are close to signing Bruno Fernandes are said to be ‘wide of the mark’, with a deal reported to ‘a long way’ from being agreed.

The Portuguese international has been strongly linked with a move to the Premier League side throughout the winter window, though negotiations have so far proven difficult with the two sides yet to agree a deal as the transfer deadline approaches in the coming days.

Manchester United saw their initial approach for the 25-year-old rejected by the Lisbon side, however, reports emerged last week that the two clubs were closing in on an agreement to take Fernandes to Old Trafford.

However, those reports are now said to be ‘wide of the mark’, with the David Ornstein reporting that whilst talks remain ongoing, the clubs are still some way off agreeing a deal for the transfer of the Sporting captain, who has been included in the Portuguese clubs squad for their game with Maritimo this evening.

Bruno Fernandes has been named in Sporting CP's matchday squad to face Maritimo.

Doesn't look like a transfer to Man Utd is imminent… 😬 pic.twitter.com/ztlsKQ0Wt5

“United are still in talks with Sporting Lisbon to sign Bruno Fernandes but the sides remain a long way from agreeing a deal,” Ornstein wrote on The Athletic. “Reports in recent days that it is on the verge of happening are wide of the mark.

“The situation could develop if Sporting ultimately decide their need for money is more important than their need for the asking price to be matched. The Portuguese club would have to bite the bullet and opt for United’s offer over nothing.

“It is not a case of the clubs haggling and meeting somewhere in the middle and United will be conscious that overpaying on Bruno could well lead to selling clubs inflating the price of players United might want to pursue in the summer.

“No deals are imminent for United and although discussions are ongoing, there is a realistic possibility that they finish the window without any new signings.”

Meanwhile, the Guardian report that United will ‘ramp up’  their pursuit of the midfielder, and are ‘considering a fresh bid’.