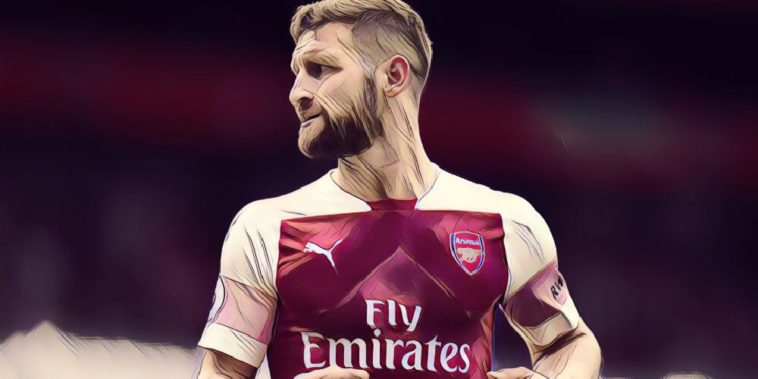 Mikel Arteta has backed Shkodran Mustafi ‘overcome the situation’ at Arsenal and suggested the defender could have a future at the club.

The German international has proven to be a much-maligned figure at the Emirates in recent years, a series of calamitous mistakes damaging his reputation and seeing him linked with a move away during the summer transfer window.

Mustafi was once again at fault during the Gunner’s 2-2 draw with Chelsea last week, his poor back pass resulting in defensive partner David Luiz being sent off at Stamford Bridge.

Despite that mistake, Arsenal boss Mikel Arteta has backed the 27-year-old to bounce back from his latest error and ahead of tonight’s FA Cup fourth-round tie with Bournemouth, he praised Mustafi’s ‘attitude’ since his own arrival as the club’s new head coach last month.

Nightmare return to Stamford Bridge for David Luiz, who is sent off following Shkodran Mustafi's error 🔴

“The plans maybe in the summer were different with him,” Arteta said at his pre-match press conference. “I came here, he is here and his attitude is always right.

“I can accept a mistake, no problem. What I’m not going to accept is someone who makes a mistake and after he stops playing, he doesn’t want the ball, he doesn’t want to make decisions. That player is not acceptable for our team.

“But Musti, after that he tried to play every single time. He went for every single challenge, he put his body on the line. He was down afterwards, yes, but he reacted and if he does that, he will overcome the situation.