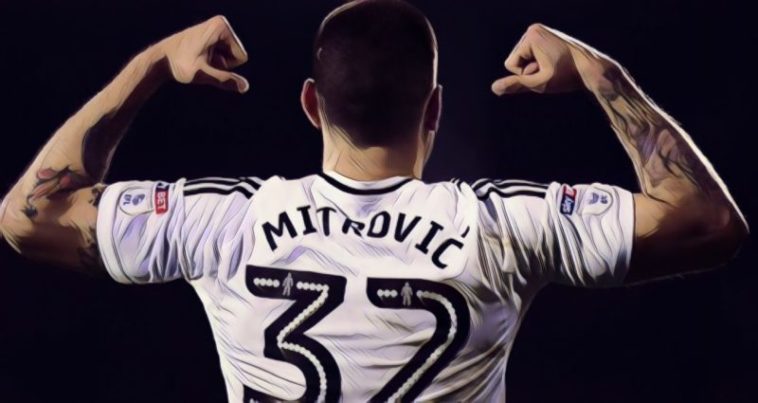 English football’s second tier remains one of the most fascinating domestic competitions in world football, the annual rat race to reach the promised land of the Premier League providing fiercely competitive battles throughout the division.

Each side, regardless of their aspirations, will need a player to spearhead their charge, and we’ve decided to look at some of the best goal-getters currently plying their trade in the Championship.

So for those of you keen of the latest football fan news, here are the five favourites to finish as the Championship’s top scorer this season…

Wells’ move to the Premier League with Burnley may have proven to be a major disappointment, though the 29-year-old has rediscovered his best form this season on loan at Queens Park Rangers.

Having scored seven Championship goals during a similar spell at Loftus Road last term, the west London side secured his services once more this time around and his prolific form has kept Mark Warburton’s side well clear of any potential struggles his season.

Wells has hit 13 goals in 26 league appearances for Rangers this season, though the club face a fight to keep him for the second half of the campaign with promotion chasing Bristol City and Nottingham Forest interested in signing him from parent-club Burnley this month.

Wells odds of 25/1 are generous given his form this far, and a January move to a club competing towards the top end of the division could see him emerge as a genuine contender to finish as top scorer.

Fewer players are as Championship proven as Grabban, the 32-year-old having scored prolifically in the second tier in recent years for clubs such as Bournemouth, Norwich, Sunderland and Aston Villa.

Having made the move to Nottingham Forest ahead of last season, Grabban would hit 16 league goals during an impressive debut season at the City Ground, a tally he has already matched in just 28 appearances this term.

After a two-decade absence from the top flight, there is an increasing optimism that this could be the season Forest return to the Premier League, the club having enjoyed an impressive start and currently just five points adrift of league leaders West Brom.

Supplied by the likes of Joe Lolley and Matty Cash, Grabban possesses the pedigree to challenge at the top.

Can Hull keep hold of their prized asset?

Bowen’s performances have not gone unnoticed by Premier League clubs, the likes of Newcastle, Aston Villa and Leicester all believed to be circling for a player once again in red-hot form this season.

Named in the Championship’s Team of the Season last year, Bowen has been crowned as Hull’s Player of the Year in each of the past two seasons and has continued on his upward trajectory once more this season, scoring 17 goals in 30 appearances in all competitions so far.

Of that tally, 16 of those goals have come in the league, an impressive haul from a multi-functional forward who plays predominantly from the right-hand side.

Out-of-contract in the summer, Hull may need to cash-in on the 23-year-old this month, though a move to the top flight surely beckons for a player with 52 goals in 116 Championship appearances over the past two-and-a-half seasons.

The joint-leading goalscorer in the Championship thus far, Brentford’s decision to move Watkins into a central attacking role has paid dividends this season, and could prove the difference as the club seek a return to the top flight for the first time in more than 70 years.

Neil Maupay’s summer move to Brighton left the club needing a new centre-forward, with manager Thomas Frank choosing to shift Watkins centrally from the wide position he had played previously.

The move has proven inspired, Watkins hitting 18 goals in just 28 Championship appearances, Brentford sitting in the play-off spots at present and seeking to hunt down West Brom and Leeds in the automatic promotion places.

Brentford’s forward line is arguably the division’s most exciting, and Watkins short odds are justified given the service he will be provided over the remainder of the season.

Fulham’s ability to hold onto the Serbian international put them rightly amongst the favourites for promotion and an instant return to the top flight, Mitrovic having been a rare bright spot in an otherwise dismal campaign in the Premier League last term.

The former Newcastle forward had fired Fulham to the top flight with a prolific loan spell during the second half of their promotion campaign two seasons ago, before scoring 11 Premier League goals in an ultimately failed attempt to keep the west London side up.

Linked with a move away, the 25-year-old would instead commit his future to the club, remaining at Craven Cottage where he has found a home and become a huge fan’s favourite.

Fulham’s promotion hopes have been hugely boosted by that decision, Mitrovic hitting 18 goals so far this season for Scott Parker’s side who currently sit third in the division.

The west London outfit arguably boast the strongest squad in the second tier, and backed by the goals of Mitrovic are likely to be amongst the contenders for automatic promotion at the season’s end.

Read – FA Cup Fourth Round: Team of the Week