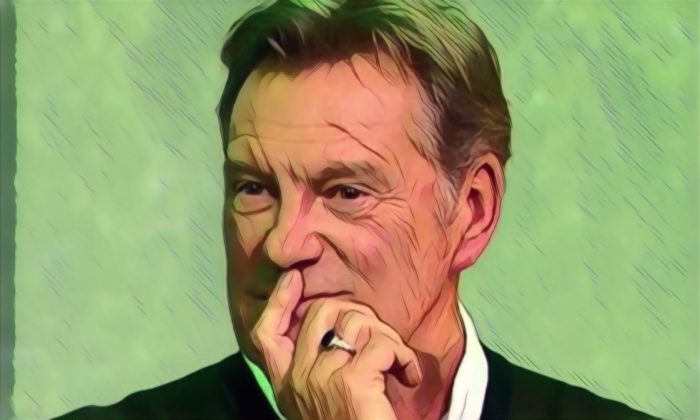 The football world took a collective step back when news filtered through that Glenn Hoddle had fallen ill on his 61st birthday. He was reportedly in jovial spirits before suddenly collapsing in BT Sport studios. He continues his recovery. This feels like an appropriate time to appreciate one of the great misunderstood talents in the sport.

Brian Clough described Glenn Hoddle, the outrageously gifted player, accurately when declaring, “It takes moral courage to play the way Hoddle does”. Or perhaps John Cryuff defined his skills most succinctly by once saying, “He played football the way I wanted to see it played.” Hoddle starred on the pitch for first Tottenham Hotspur and then Monaco. But how will football characterise Glenn Hoddle, the manager?

It was Easter Monday, 1993. Swindon Town were 4-1 down to Birmingham City with half an hour to play in a crucial First Division encounter. Birmingham’s high press was destroying Swindon so their player-manager Glenn Hoddle, playing at sweeper, took action.

He pushed himself up to midfield – where he had become a Spurs icon over a decade earlier – and started controlling the game to such an extent that Swindon ran out 6-4 victors. The renowned Guardian cartoonist and lifelong Swindon fan David Squires told us this story on a recent Nostalgia Ultras episode. It is one of the lesser-known but ultimately fascinating anecdotes about a true footballing enigma.

Swindon were promoted to the Premier League that season after beating Leicester City 4-3 in an all-time classic play-off final – Hoddle scored a sumptuous curler to kick-off the game’s goal glut. Progressive and versatile in his first management gig (Hoddle often played three in defence with attacking wing backs at a time when most British managers opted for a solid bank of four at the back), he took the unfancied Swindon to the Promised Land of the recently-formed Premier League.

It was a thrilling time for the club but The Robins could not prevent their main man from flying the nest. Before their top-flight journey began the following season, Chelsea had poached the promising player-manager for themselves.

Hoddle’s impact was near instant. Chelsea reached the FA Cup final at a time when such an achievement really mattered to the big hitters and subsequently returned the Blues to European football. Contrastingly, Swindon were relegated at the first time of asking and have yet to return to the top flight.

While Hoddle took to the pitch occasionally to add quality to the limited Chelsea squad he had inherited, it was the change he affected from the sidelines at Stamford Bridge that truly acted as his legacy at the West London side.

He collaborated with chairman Ken Bates to modernise their facilities – when Hoddle arrived at the club, Chelsea’s training ground was an open field next to Heathrow Airport and he had no office – and brought in stars like Dan Petrescu and Ruud Gullit to evolve their style of play.

It was this institutional revolution spearheaded by Hoddle that transformed Chelsea, first into the consummate cosmopolitan English team of the late 1990’s, and then into the new century and the era of Roman Abramovich’s financial dominance. He would not be sticking around to see the fruits of his own labour. Hoddle was a young manager (and still a young man) in a hurry.

This rapid ascendancy in management was described by former Spurs and Swindon teammate and close friend Micky Hazard as surprising considering Hoddle’s natural shyness. The man himself never fancied it either while he was playing. That was until his manager at Monaco, Arsene Wenger, pulled the mercurial midfielder aside one day in France to note his playmaker’s keen eye for tactical astuteness and game management.

Hoddle was only on the early side of his thirties, but the point was noted. When a long-term injury meant substantial time watching from the sidelines at Monaco, he began really studying the craft of coaching. A second life in football began when he left the glamorous French side, retired as a full-time player, and became Swindon player-manager.

But even Wenger, a clairvoyant in spotting potential in his heyday, must have been surprised at Hoddle’s demonstrated ability to balance the difficult and dying art of the player-manager role.

Swindon was a beautiful fit but Chelsea and Hoddle were sympatico. A dynasty was forming at the Bridge. Then England came calling and it was announced that he would take over from Terry Venables after Euro 96. Hoddle was only forty. This was all happening rapidly. Too fast.

Most know the story but almost twenty years on, Hoddle’s fall from grace is no less dramatic.

Barely six months had passed since France ’98 when England and Argentina played out one of the great World Cup knockout games. Play that match one hundred times over and England, more often than not, would have come out the other side in the tournament’s deep stages and Hoddle would have flirted with the status of permanent natural treasure.

Instead, England were eliminated on penalties after David Beckham’s infamous red card and, in January 1999, Hoddle was dismissed as national team manager after saying this in an interview with Matt Dickinson of The Times:

“My beliefs have evolved in the last eight or nine years, that the spirit has to come back again, that is nothing new, that has been around for thousands of years. You have to come back to learn and face some of the things you have done, good and bad. There are too many injustices around.”

“You and I have been physically given two hands and two legs and half-decent brains. Some people have not been born like that for a reason. The karma is working from another lifetime. I have nothing to hide about that. It is not only people with disabilities. What you sow, you have to reap.”

“You have to look at things that happened in your life and ask why. It comes around.”

Hoddle has always maintained that this was a miscommunication but the damage was done and his position was untenable.

As stereotypical footballer personalities go, Hoddle was far from the norm and so understandably polarising. He saw and played the game differently. He carved his own path and this single-mindednesses was paramount in achieving so much so fast in the game both on and off the pitch.

He was a visionary but idealists often alienate a large minority and Hoddle had a knack of rubbing some England players up the wrong way.

Hoddle has always been spiritual and his use of Eileen Drewery’s faith healing skills on his players has gone down in folklore. Some of that squad – like Paul Merson and Darren Anderton – embraced these new methods to help their performances and it worked for them. Others were not so open.

Robbie Fowler and Steve McManaman were known to have asked Drewery for her tip on an upcoming horse race during their appointment. Ray Parlour famously requested a short back and sides when the pair started their session. The midfielder was in the form of his life at the time, having just won the league and cup double at Arsenal but he was dismissed for consideration after Hoddle failed to see the funny side of the joke.

More than anything was the way that Hoddle – perceived by many as arrogant and aloof when it came to man management – made certain players feel. Matt Le Tissier, a talent whose flamboyance and unpredictably one would assume would have found empathy in Hoddle, spoke of how he told his England boss precisely where to go when he felt he was being victimised in training. Le Tissier, a fiercely laid-back character, had never acted with such insubordination towards a manager.

Paul Scholes and David Beckham’s lacklustre series of free-kicks in practice during the tournament prompted Hoddle to show the precocious duo exactly how it is done. He proceeded to strike a number of balls into the top corner, highlighting one of the main problems between Hoddle and England – he was still an excellent footballer and was perhaps technically better than some of his own players. This was bound to cause a little tension.

Hoddle was also unflinchingly brave and, in many respects, ahead of his time as a manager. He was the same as a player.

He had the temerity to cull Paul Gascoigne – England’s favourite son and Hoddle’s replacement as Spurs fans’ hero in the late 1980’s when he left for Monaco – from the France ’98 squad because he was not sufficiently fit. Gascoigne never played for England again.

He also changed the way English players perceived the game. The likes of Alan Shearer, Paul Scholes and Rio Ferdinand have waxed lyrical about Hoddle’s reign with the former suggesting that, even two decades on, Hoddle should still be at the forefront of English football.

Instead, Hoddle’s career since the turn of the century has been sporadic at best. A season as Southampton manager in 2000 preceded two years as Tottenham boss before a largely disappointing spell at Wolves ended Hoddle’s managerial ventures in 2006. So many believe he should still be involved at some level but, like Brian Kerr in Ireland, he has been bizarrely cast aside to the punditry department and his knowledge remains underused in a coaching capacity.

The perception of Glenn Hoddle is unusual but then again, he has never been normal. He will always be defined by the nature of his departure as England boss because his life in football was never the same. But in Hoddle, England produced a football genius, whether they like it or not.

Hoddle marched to the beat of his own drum and his unbreakable self-confidence has never sat too easy with his own people. Both as a player and manager, England have never seemed ready for Hoddle because he waited for nobody. He burst onto the scene as a supremely technical and two-footed teenager, dazzled White Hart Lane for the next decade, released his own single with teammate Chris Waddle, wooed French football with Monaco (Michel Platini said if Hoddle was French he would have won twice the number of caps as he did with England), and seamlessly transitioned into management before it all came to a shuddering halt, just as it was getting going.

England has never seemed ready to embrace this mystery.

So now all we have left are the memories of his career. And what better way to bow out than reflecting on a moment of Hoddle mastery; his last ever goal for his beloved Tottenham Hotspur, as he ran half the pitch against Oxford United before waving goodbye to his fans…

He did his own thing, always has. Will we ever see the likes again?