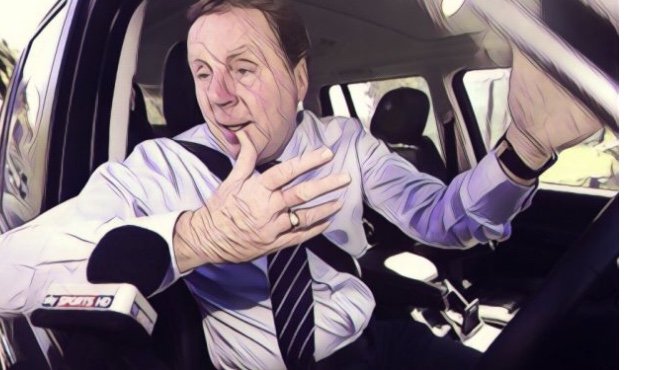 Harry Redknapp divides opinion amongst football fans, some see him as a top coach who gets his teams playing good football and others see him as a wheeling dealing blagger who will just as easily leave your club on the brink of financial ruin as bring any real success on the pitch.

Regardless of what side of the fence you sit on, there is no doubt that ‘Arry is one of the games great characters, who has given us with some absolutely Triffic quotes over the years …

“I sorted out the team formation last night lying in bed with the wife. When your husband’s as ugly as me, you’d only want to talk football in bed.” On his sex life.

“Collymore should have played for England against Sweden last week, I mean he is good at beating a Swede.” On Stan Collymore.

“He’s cocky and arrogant but show him a goal and he’s away, like a wind-up toy.” On Jermaine Defoe.

“He don’t speak the English too good.” On Samassi Abou..

“By the look of him he must have headed a lot of balls.” On Iain Dowie

“I’ve seen better fights at a wedding.” On a training ground bust up involving Alvin Martin and Matty Rush.

“You will never get a better chance to win a match than that. My missus could have scored that one.” After Darren Bent missed a sitter.

“Even when they had Moore, Hurst and Peters, West Ham’s average finish was about 17th. It just shows how useless the other eight of us were.” On his playing days with West Ham.

“My missus fancies him. Even I don’t know whether to play him or f*ck him.” When he signed Portuguese star Dani.

“He drove me mad in training. Technically, he was outstanding but he always seemed to be playing with his hair.” On Gareth Bale.

“He took a knock on his ankle but we played him some Bob Marley reggae music and he was fine.” On treating Kenwyne Jones injury.

“I wouldn’t trust the FA to show me a good manager if their lives depended on it.” Showing he holds no bitterness towards the FA for not giving him the England job.

“With the foreign players it’s more difficult. Most of them don’t even bother with the golf, they don’t want to go racing. They don’t even drink.” Bloody foreigners.

“I still don’t like calling her a dog, she was so much better than that.” On his love for his dog Rosie.

“Was I scared of going to prison? Yes I was. You’re relying on 12 people who might not like you. They might have been Arsenal fans for all I knew. One had a stained jacket, for goodness sake.” After his 2013 court case.

“First of all I had to find the bloody cabinet, when I eventually did, I opened the doors and out flew 2 bats, 3 Japanese soldiers and Lord Lucan!” On West Hams trophy cabinet.

“John Hartson’s got more previous than Jack the Ripper.”

“I tape over most of them with Corrie or Neighbours. Most of them are crap. They can f***ing make anyone look good. I signed Marco Boogers off a video. He was a good player but a nutter. They didn’t show that on the video.” On highlights videos he he sent by agents.

“Where are we in relation to Europe? Not too far from Dover.” When asked for his opinion on West Hams chances of qualifying for Europe.

“Only from the wife when I didn’t do the washing-up.” When asked if he ever received death threats.