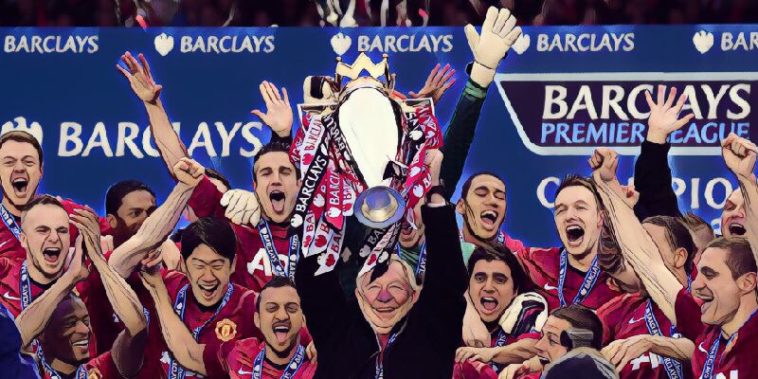 In March of 2014, Manchester United were flailing under new boss David Moyes, struggling to keep pace with the top six and generally looking a shadow of their former selves. Nine months earlier Sir Alex Ferguson had hung up his managerial straps and a month later Moyes would be gone, deemed a failure until his recent and surprising resurgence at West Ham. The Reds would finish seventh that season, their lowest league finish for 24 years.

To anyone not affiliated to the club this was an amusing and welcomed development. Of course, it was. To a generation and more, Man United had been the dominant force in English football; the big bad wolf who blew everybody’s houses down. Whether you respected them, detested them, or secretly liked them, it was a giddy novelty to see them endure hardship for a change rather than enjoy variations of success each and every spring. That season, their neighbours Manchester City and Liverpool fought out an utterly compelling title scrap that went to the wire.

Also, in March of 2014 the Premier League’s Chief Executive Richard Scudamore gave an interview with the American media giant Bloomberg in which he stated that ‘Manchester United’s decline is bad for the Premier League’. “When your most popular club isn’t doing as well,’ he went on to explain, ‘that costs you interest and audience in some places.”

Scudamore received a whole heap of criticism for saying this and rightly so, the insinuation being that commercial interests trumped fair competition and when the head of an organisation that oversees every aspect of that competition – from scheduling the games to employing the matchday officials – airs such a concern, then objections need to be raised.

Yet it could also be argued that Scudamore was solely guilty of being too candid. Because should we temporarily remove whatever is left of our idealism that stubbornly persists despite all evidence pointing to football being a murky and unethical industry, we can surely recognise the importance of a huge global brand such as Manchester United to the Premier League, an organisation that is first and foremost a business enterprise.

If that partly excuses Scudamore however, what on earth mitigates the handwringing of late from some areas of the media towards United’s continued struggle? Back then, Scudamore was worried about a hypothetical, that being the possibility of an ‘audience in some places’ of the world turning away from the Premier League because their favourite team was no longer competing for major honours. The seemingly inevitable consequence of this would be foreign TV rights becoming less desirable.

In the event however, that has absolutely not been the case and evidently even casual United supporters from far-flung climes, who primarily pay their subscriptions to see their side win, were enraptured enough by the exciting duel between City and Liverpool that season to continue tuning in and paying their money.

Two years later Leicester City pulled off a remarkable fairy tale triumph and that went down extremely well with the global market. And all told, the emergence of City as a prominent force, together with the re-emergence of Liverpool and the omnipresence of Chelsea has resulted in the Premier League remaining a must-see product.

As for Manchester United, as has been very widely documented, their struggles carried on past 2014 to the present day. In the seasons since they have averaged fourth place in the top-flight and burned their way through five different managers. Currently they reside in their now customary fourth, having won fewer than 50% of their fixtures in 2021/22.

Yet, despite all this, and despite Scudamore’s ill-founded fears, it is the Premier League that people love, not exclusively one of its teams and to firmly illustrate this we only need acknowledge the recent news that overseas TV deals have reached a record high this year, with a staggering £5.1 billion shelled out to screen English football matches.

Darren Lewis, a journalist from the Daily Mirror would have been aware of this deal but still felt the need recently to say the following: “We need a strong Man United in this country, we know what they’re like at their best. We need that competition at the top.”

Precisely what different kind of ‘competition’ United could have offered up at the top of the Premier League in recent years compared to the enthralling triopoly served up by City, Liverpool and Chelsea is difficult to determine but at least Lewis has been consistent, tweeting last year as United improved for a short spell: “United are waking up. Good for the Premier League.”

Is it? Why exactly? As we have already established, a Premier League without a dominant United has attained record-breaking levels of popularity around the world, while closer to home the Red fan-base is positively dwarfed by rival fans who just love to see them veer from crisis to crisis. So why is a successful Manchester ‘good for the Premier League’ compared to, say, a successful Spurs, Arsenal or a newly minted Newcastle?

Lewis incidentally is not alone in measuring the present-day merits of a football club based on their historic brilliance. This week also saw the Guardian’s Barney Ronay tweet the following: ‘Man Utd, even when they had more money than everyone else in the 90s/80s, always had a distinct charisma. A happy, good looking, cool older brother type of team’.

Ronay concluded his missive by sadly lamenting they are no longer so.

Yet bluntly speaking, why should they be? Throughout the game’s long and illustrious history we have seen successful clubs come and go in cyclical fashion and how ridiculous it would be for Lewis to claim the top-flight needs a title-challenging Aston Villa – who won the league five times in seven years during the 1890s – or for Ronay to compare the Huddersfield Town of the Herbert Chapman era to the Terriers of today. Granted, with United their supremacy was far more recent. Granted, granted, granted. But the past is still the past.

Yearning for the glory days of yesteryear is entirely understandable when it emanates from a Manchester United supporter. But when it is sighed out by an otherwise-respected journalist or the head of a major organisation that is less agreeable and even slightly disturbing.

Because the truth of the matter is that Manchester United have no divine right to be successful nor even be regarded as a ‘big club’ and this has been evidenced by close to a decade now of achieving very little. If the wider world recognises this, then so should those who really should know better.