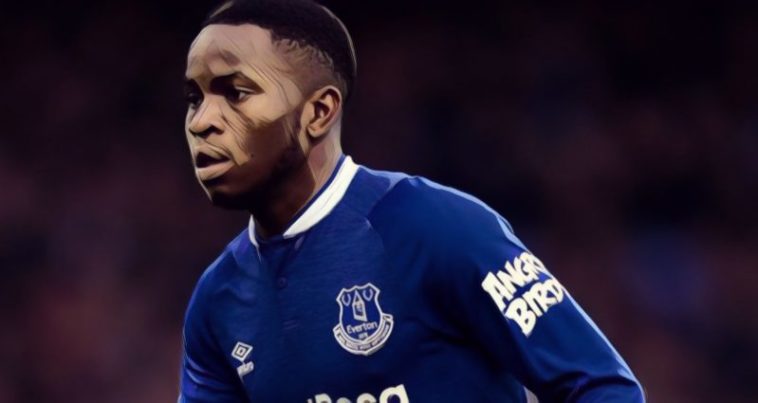 For the first time since the departure of David Moyes, Everton look to be an upwardly mobile club again. They have made sensible transfer decisions since making Marcel Brands their director of football and Marco Silva ended the season on a positive note, with his side winning a number of games as the season drew to a close.

Yet one decision that doesn’t fit into this narrative of intelligent club development is the selling of 21-year old Englishman Ademola Lookman to RB Leipzig.

Lookman was signed by Everton from Charlton Athletic in January 2017 for £7.5 million and made sporadic appearances for the Toffees until he was loaned out to RB Leipzig in January 2018. It was at Leipzig that Lookman began to gain attention, with a number of impressive aspects to his game becoming readily apparent.

In just 576 minutes in the Bundesliga, Lookman scored 5 goals and got 3 assists, meaning he averaged a goal contribution every 72 minutes, the second-highest ratio in the entire Bundesliga that season. He made 1.5 key passes per 90, and created more chances per 90 than any other Leipzig player.

These impressive statistics made Lookman gradually receive more game time as the season wore on, after initially starting on the bench. In Leipzig’s narrow 4-2-2-2, Lookman provided a way to change the manner in which Leipzig attacked by offering a threat from wide areas.

His style is very direct, as he constantly looks to receive the ball in space and isolate defenders in one-on-one situations. From there, he combines pace with different tricks and skills to get by opponents. Lookman is also a goal scoring threat, with his then-manager Ralph Hassenhuttel remarking after his debut (in which he scored) that “He has real quality one-on-one.”

Lookman’s ability to run at players, attack space, and finish chances well, make him a hugely promising player. Like most young players, he is quite a raw talent and his decision making can sometimes disappoint. But Lookman is not just like any other young tricky winger. His time in Germany revealed that he has a level of tactical awareness that exceeds the confines of his age.

Given that Lookman arrived in Germany mid-season, the rate at which he adapted to Leipzig’s style was hugely impressive. Leipzig are notorious for their physically taxing and tactically complex style, so the fact that Lookman poses such impressive statistics in a short space of time speaks of something that goes beyond his technical qualities.

It’s just one example, but Lookman clearly possesses a significant degree of footballing intelligence in order to be able to adapt to such a style so quickly. Such intelligence is hugely valuable and difficult to nurture in a player, but Lookman certainly seems to have it.

Additionally, the fact that RB Leipzig want him speaks volumes of his potential. It’s well known that Leipzig have an ability to spot young talent and developing them astutely. Their ability to consistently find talent through links with other clubs and then develop that talent through sensible coaching means that they have constantly produced high-quality players through this process of purchasing rising stars.

It also means that interest from them holds significant credibility, and acknowledges that the player of interest has significant potential and can adapt to their nuanced style of play. The very fact that Lookman is so coveted by RB Leipzig says something about the kind of player he is and the player he can be.

Everton clearly don’t see him in the same way, and it’s not exactly clear why. He would fit well with the tactical setup Marco Silva seems to want to employ.

Last season was a turbulent one for Silva, as his management manifested in what appeared to either be sheer brilliance or utter incompetence, which in a holistic review of the season essentially amounted to mediocrity. But he began to show his capabilities as a coach towards the end of last season, where Everton played well and got a number of impressive wins against Arsenal, Chelsea, and Manchester United.

Those wins were built upon Everton’s strong midfield and defense, who were industrious and tenacious enough to maintain defensive solidity and win the ball back. This allowed Everton to create chances on the counter, something Silva is well known for.

Everton’s progress towards the end of the season indicates that Silva is slowly but surely implementing his ideas onto his squad. Given his reputation as a counter-attacking coach, it’s most likely that he will attempt to make Everton a direct, counter-attacking team that excels at being defensively sound, capable of winning the ball back, and quickly transitioning into attack with pacy, tricky attackers.

Lookman would thrive in a system like this. He demonstrated his work rate for RB Leipzig, and has the necessary playing style and technical attributes to fit well within a counter-attacking team.

Therefore, it’s surprising that Marco Silva didn’t play him more last season, particularly during Everton’s rough patches. It could be that Silva is looking to change and play a different style that wouldn’t fit Lookman’s game – although this is unlikely – or that there has been some kind of breakdown between the coach and player, or that there was simply too much competition to accomodate for Lookman.

Nevertheless, Ademola Lookman appears to have all the tools to succeed and will be going to a club that will no doubt put that ability to good use. And in time, Everton may regret not having done that themselves.