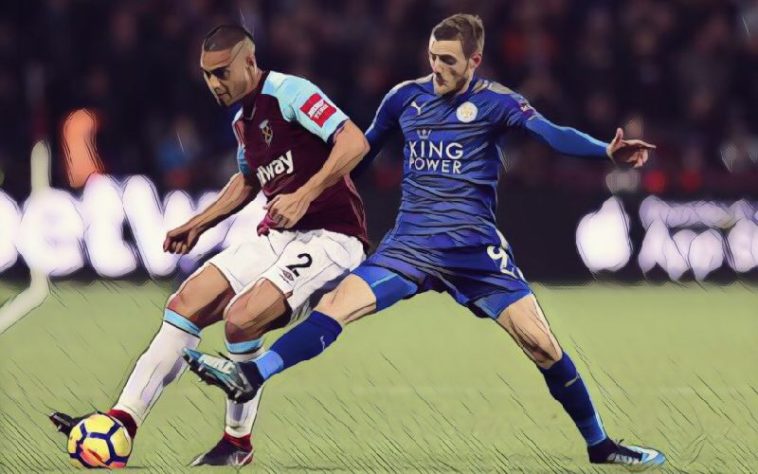 David Moyes’ first home game at West Ham ended all square following an improved work ethic from his side. Marc Albrighton’s early goal was cancelled out by a header from Cheikhou Kouyate before the break. Here are five takeaways from the match.

Marko Arnautovic is still yet to register a goal or an assist for his new side. Nevertheless, the Austrian showed real effort last night, demonstrating that he can still contribute to the team. Only Pablo Zabaleta made more tackles than Arnautovic, who also made a number of high-intensity sprints.

For the first time in many weeks, Arnautovic left the field to a standing ovation, rather than jeers and doubts. Goals and assists will have to follow if he is to have a long-term future at the club. His delivery from the wing, however, suggested that a purple patch might not be far away.

Indeed, Arnautovic was not alone in his improved attitude. West Ham as a whole made more of an effort, albeit after a poor start. Crucially, however, they rallied to win something from the game. The Hammers made 67 ball recoveries, the second most from any team this season.

In addition to the high-intensity sprinting across the pitch, it seems that David Moyes’ message last week has gotten across. If West Ham could add to this by improving their quality of delivery, victory would have come last night. When the Hammers face Everton next, they will do so with a real spring in their step.

One group who made clear their appreciation for the work ethic were the West Ham supporters. A positive atmosphere reverberated around the London Stadium throughout the match, one that doubtless aided in preventing West Ham from collapsing after the early goal.

David Moyes has compared it to the glory days of the Boleyn Ground. Clearly this was reciprocated by the work put in on the field. There may yet be hope for the atmosphere at West Ham’s new home, and way out of the club’s current nightmare.

For all the positives, West Ham will remain in the bottom three for the next week. After travelling to Everton, West Ham face Manchester City, Chelsea, and Arsenal. Last night was a vital opportunity to gain three points, and there will be some ruefulness over Andre Ayew’s agonisingly close effort late on. An improved performance that offered hope, no doubt, but still far from a solution.

For Leicester, an opportunity was missed to climb to the top half of the table. After failing to register a shot on target against Manchester City, the Foxes again lacked a clinical approach. Following Albrighton’s early goal, Leicester had a number of chances to put West Ham away on the counter attack. Opportunities were squandered, however, allowing West Ham back into the game, whilst the second half saw Leicester rarely threaten. Equally, Leicester conceded from a corner, the sixth time this season. No side has conceded from more. This lack of ruthlessness could cost them down the line if Claude Puel does not react soon.