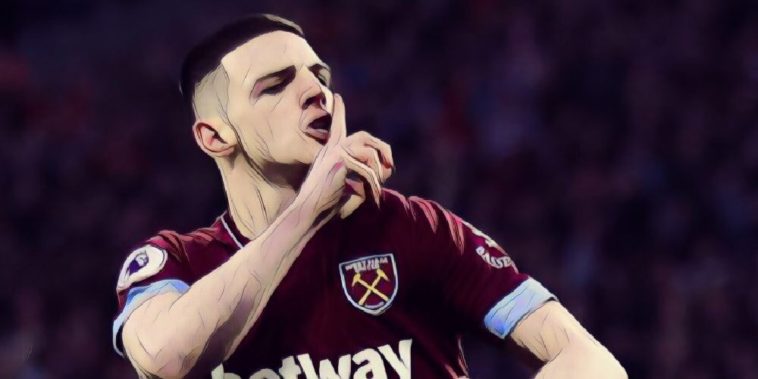 Manuel Pellegrini has warned it will take huge money for any clubs interested in signing Declan Rice from West Ham.

The 20-year-old has emerged as one of the country’s most promising talents, making his senior England debut in the recent international break after switching his allegiance from the Republic of Ireland.

The holding midfielder has impressed since breaking into the first team at the London Stadium, and has been linked with moves to the likes of Manchester City and Manchester United.

Pellegrini admits he would not stand in Rice’s way should he wish to progress his career, but says it would take an ‘important amount of money’ to prise the youngster away from the club.

“In that case, as always, it is just a matter of price,” Pellegrini told the press ahead of his sides home clash with Everton this weekend.

”There are big teams who decide to pay an important amount of money. Sure, if it is a good deal for the club and the player and improves his career, then we can do it. But I don’t know nothing about that yet.”