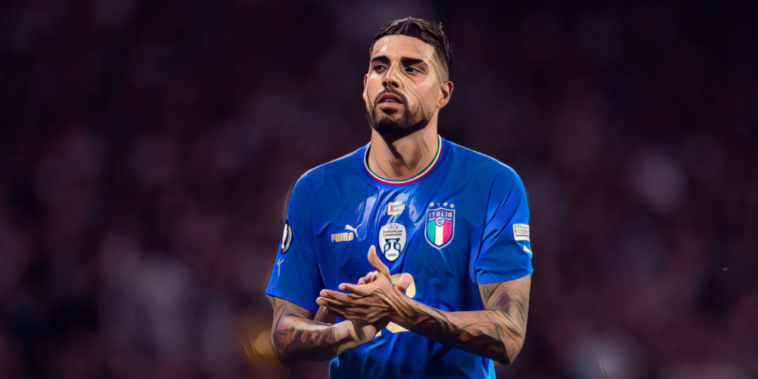 West Ham have approached Chelsea over a deal to sign Emerson Palmieri, though the Blues will only consider a permanent sale.

Emerson is surplus to requirements at Chelsea following the arrival of Marc Cucurella from Brighton, with the left-back behind both the Spaniard and Ben Chilwell in the pecking order at Stamford Bridge.

West Ham have now submitted an offer believed to be worth £13m for the 28-year-old, as the Hammers continue their search for defensive additions before the transfer deadline.

Emerson Palmieri deal. West Ham have approached Chelsea to sign Italian left back, Todd Boehly made clear he only wants to sell Emerson on permanent deal, no loan. 🚨🔵 #WHUFC

The Italy international formed part of the Azzurri side that won Euro 2020 last summer and spent last season on loan at Lyon, where he made 36 appearances in all competitions for the Ligue 1 side.

A permanent deal would allow West Ham to retain interest in either Conor Gallgher or Armandro Broja, should Chelsea be open to allowing either to leave on loan this summer. Premier League rules dictate that a club cannot sign more than one loan player from the same club.

West Ham’s have lost each of their opening two Premier League fixtures and the club’s defensive options are currently stretched. Craig Dawson and Angelo Ogbonna are both out injured, while summer signing Nayef Aguerd is expected to miss the first two-and-a-half months of the season due to an ankle injury sustained in preseason.

The Hammers are also chasing a deal for PSG’s Thilo Kehrer, who is capable of operating at full-back and centrally.